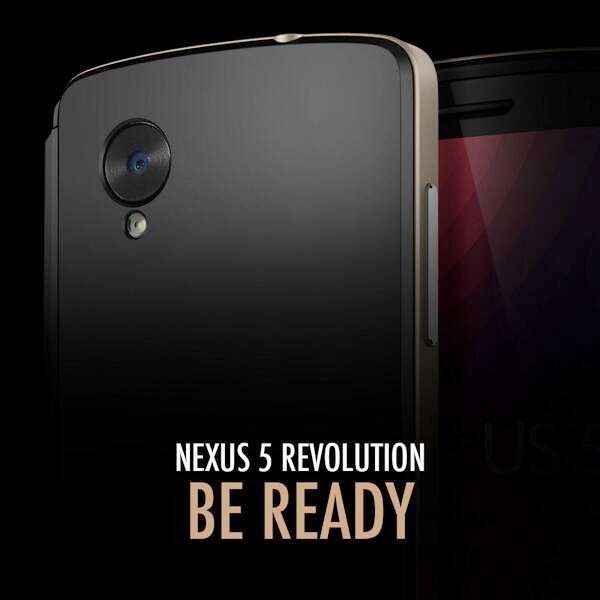 The Google Nexus 5 Android smartphone is heading ever closer to being launched, and many people are waiting for this device to be officially introduced. We’re seeing a profusion of leaks and rumors for the next Nexus phone at the moment, and now some further Android 4.4 and Nexus 5 release news and also a new render have been touted.

There have been long-standing murmurs about a possible October 14 event to launch the Android 4.4 KitKat OS and Nexus 5, and recently we heard that the phone might release in the last week of October. The latest news on this stems from Google Launchpad, a two-week “boot camp” where developers can share ideas.

This initiative involves Google for Entrepreneurs and so involves some input from people working for Google. Some developers are now reporting that they have been told the Android 4.4 KitKat operating system has a release date of October 15, not 14 as we had originally heard. The Nexus 5 will of course run Android 4.4 on launch.

Obviously this release date is unofficial at the moment, so this is not set in stone. The same devs who discussed this say that an actual release date for the Nexus 5 was not confirmed, but it looks likely that the last week of October (possibly the 31st) is a good bet.

Another Nexus 5 (Nexus 4 2013?) snippet involves case maker Spigen. The accessory maker has now issued a very tasty high-resolution Nexus 5 render that you can see in the image below. This shows a large camera and single LED flash as rumored, volume rocker, and 3.5mm headset jack.

We’ve heard plenty of leaked specs for the Nexus 5 now and recently gave some information about possible pricing and storage. It looks as though it won’t be very much longer at all before we finally hear all of the confirmed details for the Nexus 5, and we’ll be keeping readers informed about this.

Are you an Android device enthusiast eager to get your hands on the Nexus 5 running Android 4.4 KitKat? If the specs tie in with those that have been rumored so far, have you already decided this will be your next smartphone purchase? Let us know with your comments.