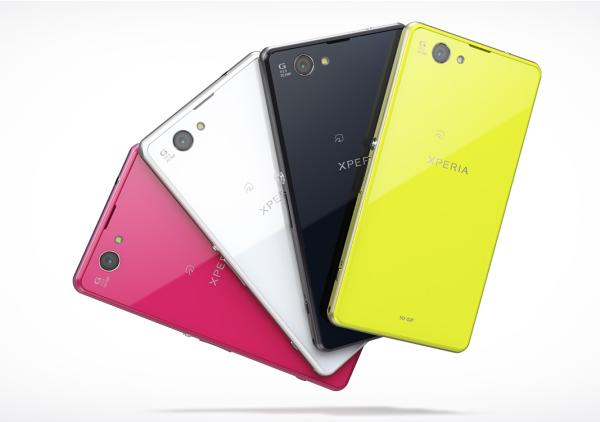 Sony has been really busy this year as it attempts to get more of a foot hold in the smartphone market, which has come via a number of new handsets being released. Now the Sony Xperia Z1 f SO-0F (Mini) has been officially revealed and comes with the promised high end specs.

As expected the handset features the same high end specs as the larger device but packaged into a smaller form factor, which means you get a 4.3-inch display at a resolution of 1280 x 720 that is powered by the quad-core Qualcomm Snapdragon 800 processor clocked at 2.2GHz.

This is paired with 2GB of RAM and will launch running the Android 4.2.2 Jelly Bean operating system, and the device will come with the impressive 20.7-megapixel rear facing camera that is found on the Z1, while around the front is a 2.2-megapixel shooter.

To begin with the Sony Xperia Z1 f will be arriving in Japan and carrier NTT DoCoMo, which had listed the device previously. The device is not expected to be released until December on the carrier and at the time of writing there are no pricing or global availability details.