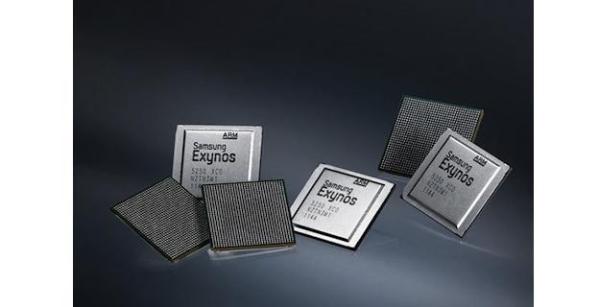 Apple made a big thing when it launched the iPhone 5S about the handsets 64-bit processor which is a first for a smartphone, even though it soon become apparent they are made by Samsung, and now the Galaxy S5 is rumoured to feature a market leading Exynos 6 chip.

Samsung has already stated that it is working on 64-bit processors that will find their way into the company’s next round of flagship smartphones, but it seems as if the company is looking to make these latest processors standout from the competition.

Currently the majority of processors are manufactured using the 28nm process, which refers to the size of the semiconducting material on which the chip is made. The next smaller size would be 20nm, but reports are claiming that Samsung will skip this and go for a 14nm FinFet process instead.

These are being labelled the Exynos 6 series of processors and will be 64-bit capable while using the ARM big.LITTLE architecture which is used on the current series of Exynos 5 chips. The Exynos 6 series will be different as it will have a mixture of 64-bit ARM chips that consists of the low power Cortex-A53 along with the more powerful Cortex-A57.

This compares to the usual combination of the Cortex-A7 and Cortex-A15, and production of these new processors are rumoured to get underway later this year. We have already seen how Samsung is getting its current Octa core processors running all eight cores at the same time, but if rumours are true the company looks to take things a stage further.