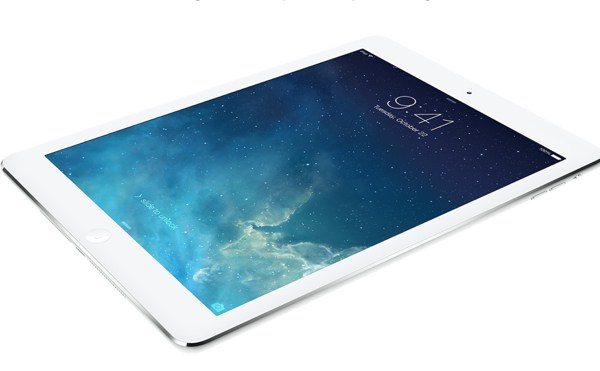 The new Apple iPads made their formal introduction yesterday and the device that we had all been calling the iPad 5 is now officially dubbed the iPad Air. You may have the current iPad 4 and be considering whether it’s worth upgrading to the new iPad Air, so we thought we’d bring you a specs comparison of the iPad 4 vs. iPad Air.

We’ve already given readers some details of iPad Air price, release and specs and also given the lowdown on the iPad mini 2 with Retina display, which was introduced at the same event. The iPad Air actually replaces the iPad 4 with Retina display in the Apple lineup, although the iPad 2 will still be available.

We’ll highlight key specs of the iPad 4 and iPad Air and this may help you decide whether to advance to the latest full-sized iPad compared to your current version.

Battery Life
Both the iPad 4 and iPad Air have a battery life of around 10 hours.

Operating System
The iPad 4 is upgradeable to iOS 7 while the iPad Air releases on iOS 7.0.2.

The design changes are the other major difference, with the new iPad Air being so much lighter and slimmer. It comes in Space Gray or Silver color options and importantly the pricing is the same as for the iPad 4 it replaces, starting from $499 for the 16GB WiFi version.

Considering the differences between the two devices do you think it’s worth upgrading from the iPad 4 to the new iPad Air? If so, is that mainly because of the performance improvements or the new design? Let us know with your comments.

One thought on “iPad 4 vs iPad Air in specs compared”