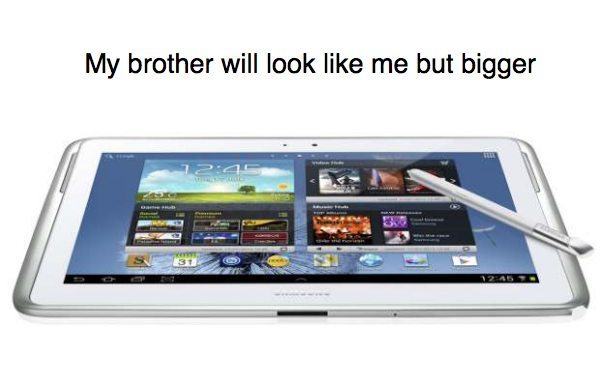 Samsung is determined to release the super tablet, and when we say ‘super’ we mean a very big display no one can compete with at the time of release.

The Korean company is taking the already successful 10-inch tablet and making it a lot larger, they are going up to the 12.2-inch display.

DigiTimes reports that Samsung will go into production at the end of the year (2013), which means the Samsung Galaxy Note 12.2-inch tablet will release hopefully Q1 of 2014.

The source above also points out that China’s Shenzhen O-film Tech will provide a new film-based capacitive touch layer for the new Samsung 12.1. Samsung we believe would like to dominate the tablet market, and with other tablets on the market such as the 8 and 10-inch Galaxy tablets as well as the Galaxy Note 10.1, and not forgetting the new 7-inch Galaxy Tab 3 Kids tablet, surely the 12.2 tablet by Samsung would be welcomed.

Is there a need for a Samsung 12.2-inch tablet?