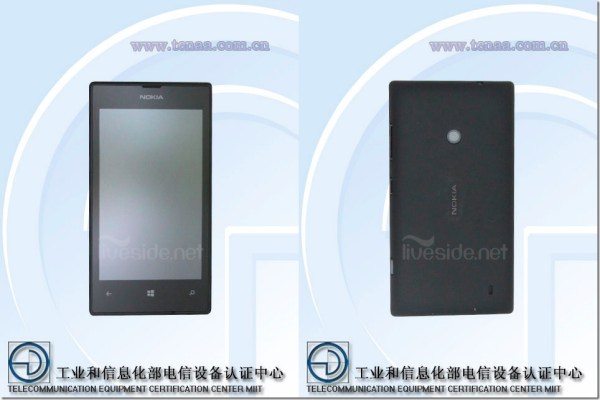 The Nokia Lumia 520 Windows Phone handset released earlier this year to huge success, and although there is no news yet on exactly when the Lumia 525 (dubbed Glee) will appear, we can at least take a look at some claimed specs.

It’s also stated that the Lumia 525 will come with the new Nokia Bluetooth Stereo Headphone BH-121 (dubbed Guru) that recently leaked. Specs include a 1GHz Snapdragon 400 dual-core processor, and a 4-inch IPD LCD WVGA display with resolution of 800 x 480 that has super sensitive touch so can be used with gloves or fingernails.

Other specs for the Lumia 525 are said to be 1GB of RAM (a step up from the 512MB of RAM on the 520), and 8GB of internal storage (expandable via microSD to 64GB), with 7GB of free SkyDrive storage on offer.

It will also have a 5-megapixel camera with autofocus and 720p video capture, a 1430 mAh battery, single digital microphone, a 3.5mm AV Connector and MP3 player. Connectivity-wise you’re looking at Bluetooth 4.0, Integrated A-GPS, MicroUSB with Charging and USB 2.0 High Speed.

Dimensions of the Lumia 525 are 119.9mm x 64mm x 9.9mm and it weighs 124g. We’ll remind you that these are leaked specs out of China and not official, although we’ve also heard that the phone has now received certification from the Chinese certification agency Tenaa, also the source of the images shown here.

Are you hoping to hear more about the Nokia Lumia 525 smartphone soon? We always appreciate your comments.

Sources: Tieba (Baidu) AND Tenaa Via: My Nokia Blog AND Liveside