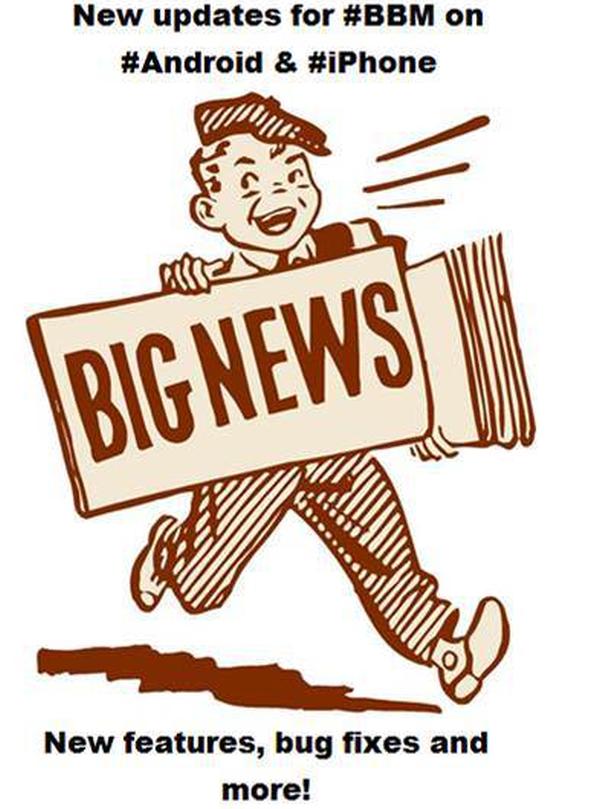 While it may have taken a few months to be released BlackBerry has been pretty good in improving its Messenger service, and now the latest BBM app update for Android and iPhone has had the new features detailed by the company.

BlackBerry has just announced the new features it is adding to the BBM app and confirmed what we told you earlier today that owners of the iPad and iPod Touch with Wi-Fi only models will finally get access to the service.

There are a variety of new features being added to both versions of the app along with a number of bug fixes, and for Android there is now support for contact categories which is a feature we talked about yesterday that would be nice to be introduced.

Also there have been more options for sharing your BBM PIN Barcode as well as being able to find friends that use the service on other social networks. The problems of high battery drain have also been addressed.

The iOS version now supports iPod Touch and iPad devices that are running iOS 6 and iOS 7, and the extra options for sharing the BBM Pin barcode have also been added. The same option for finding friends on other social networks has also come to the iOS version, and the problem with some BBM contact names going missing has been addressed.

BlackBerry has begun rolling out the update to the BBM app but at the time of writing the Android version in the UK has been updated but the iOS version hasn’t.