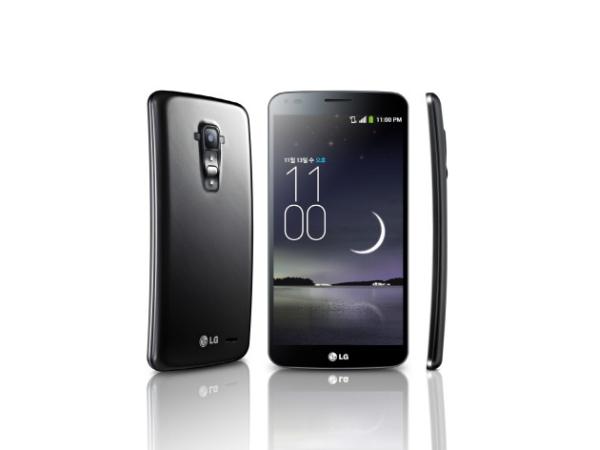 Samsung and LG have officially launched smartphones this year with curved displays, and while many may feel they are just a passing fad those that may be interested though can look forward to their eventual release. Now the LG G Flex US carrier availability has been teased but Verizon is MIA.

We have recently heard that the LG G Flex will be released next month in Europe along with some pricing, but now serial tipster’s evleaks has again taken to their Twitter account to claim that the handset has been confirmed for US carriers AT&T, Sprint, and T-Mobile.

There is no information regarding Verizon Wireless but it’s not unusual for the carrier to be last to the party whether its new handsets or firmware updates. Previously it was wondered which other regions would see the device but it remains to be seen how many consumers will purchase the device given the asking price will be extremely high.

To quickly recap the device features a 6-inch 720p resolution curved display that is powered by the Qualcomm Snapdragon 800 quad core processor clocked at 2.26GHz, which is coupled with 2GB of RAM running the Android 4.2.2 Jelly Bean operating system.

There is also a 13-megapixel rear facing camera that is paired with a 2.1-megapixel front facer with a 3,500 mAh battery supplying the juice. The company has been busy promoting the device that recently included a promotional video.