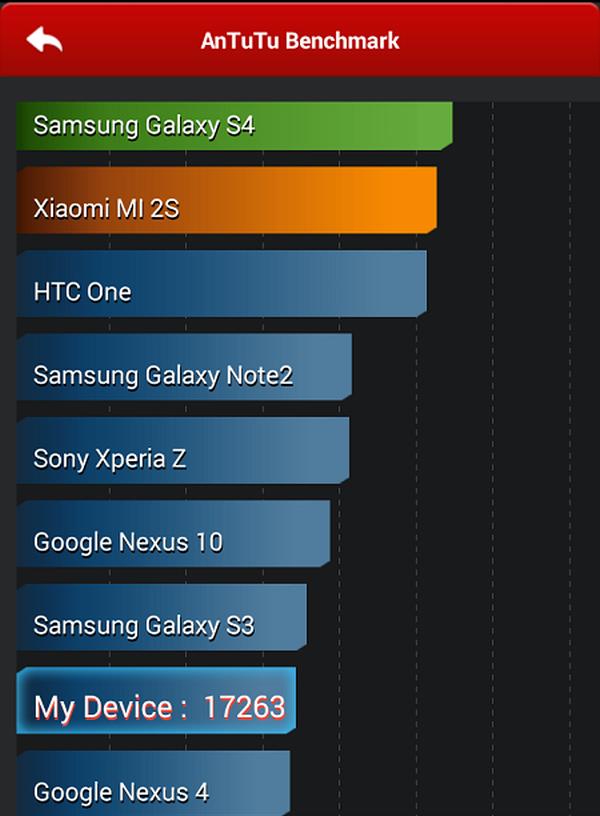 There has been budget Android smartphones available for ages now from a variety of manufacturers, but many of these have left a lot to be desired despite their low asking price, but the Motorola Moto G looks to be changing this as the device impresses in some benchmark results.

The Motorola Moto G was officially announced earlier this week and has already become available in the UK via Phones 4u and will also be offered by Tesco Mobile in the coming days. Presently the device can be picked up for as little as Â£119.95 plus the usual Â£10 pay as you go voucher for the 8GB version of the smartphone.

While the handset doesn’t have market beating specifications for the asking price you are getting a lot of phone for your money, and now via the XDA forums one user that already has the device has provided some benchmarks results using the AnTuTu tests with the image that you can see on this page.

The device is narrowly beaten by the Samsung Galaxy S3 but the Moto G came above the Nexus 4, which many would have considered the best value for money smartphone in 2012. Benchmark results are not everything, and the display according to the company is the best in its class and has a higher pixel density compared to the Galaxy S3.

To recap the Moto G features a 4.5-inch 720p touchscreen display with a pixel density of 326ppi with a Qualcomm Snapdragon 400 quad core processor under the hood clocked at 1.2GHz with 1GB of RAM.

There is also an Adreno 305 GPU looking after the graphics with the device running Android 4.3 Jelly Bean with 4.4 KitKat coming by the end of January. The handset features a 5-megapixel rear facing camera with LED flash while around the front we have a 1.3-megapixel unit.

Are you going to get the Motorola Moto G?