HTC One Max launches in India with a massive price 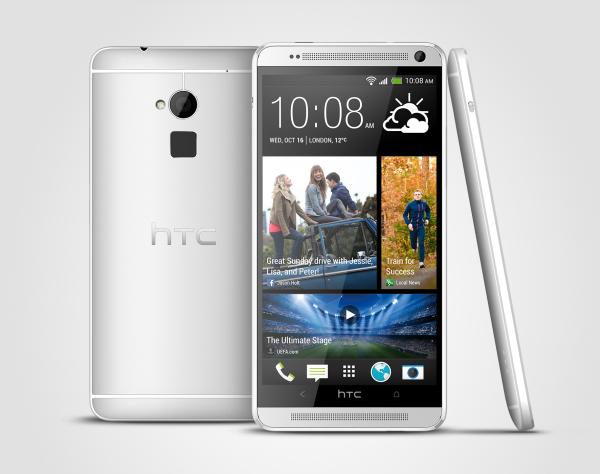 There are becoming more handsets to choose from if you want to have something with a larger display, and while the Samsung Galaxy Note series is still the market leader now the HTC One Max has been officially launched in India with a massive price.

HTC has now officially launched the HTC One Max in India with the 16GB version priced at an MRP price of Rs. 61, 490 with a best buy price of Rs. 56,490. The device that was originally unveiled last month and this latest launch comes after the device was released on Verizon Wireless.

The handset brings a massive 5.9-inch Full HD touchscreen display that has the same quad core Qualcomm Snapdragon 600 processor as the HTC One. There is also 2GB of RAM with 16GB of on board storage, but unlike its smaller sibling this can be expanded by a further 64GB via a microSD card.

On the back is the 4MP UltraPixel camera that is paired with a 2.1-megapixel front facer for self portraits and video calls. Other specifications include the fingerprint scanner on the rear of the device as well as a 3,300 mAh battery that is promised to provide up to 25 hours of talk time and 585 hours of standby with the device measuring 164.5mm x82.5mm x10.29mm weighing 217 grams.

In a recent video review we had of the device it was found to be just a little too big especially trying to use with one hand, but some people won’t be bothered by this.

Do you plan to purchase the HTC One Max