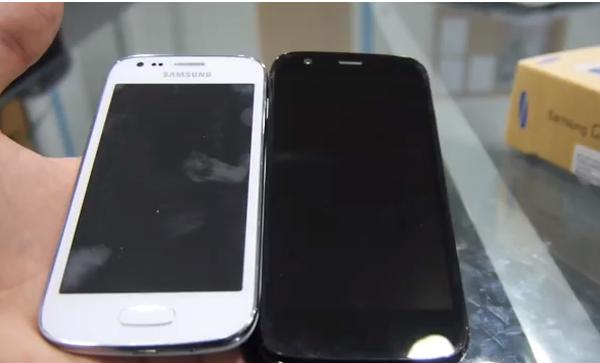 The Samsung Galaxy Ace series of smartphones has always been popular for those looking to purchase a more affordable smartphone with the Galaxy Ace 3 becoming available more recently. Meanwhile the Motorola Moto G has raised the bar for a budget price smartphone that features some worthy specifications.

We had a comparison with the Nokia Lumia 520 and the Moto G yesterday but today it’s the turn of the Galaxy Ace 3 to be compared to the handset. The video mentions that the Moto G is actually cheaper than the Ace 3 without a contract before running down through the specs of the handset.

The specifications of the Samsung Galaxy Ace 3 that could eventually see Android 4.4 KitKat,are then mentioned before we get to look at the various positioning of the cameras and buttons along with the build of the two smartphones. We get to see the handsets right next to each other and their thickness is compared before a run through of the pros and cons of each device.

There is then a comparison between the two handsets cameras that includes the back and front shooters with not much difference in quality. A point is made about the lack of expandable storage on the Moto G as well as the non-removable battery, but check out the full video and tell us which handset you prefer.