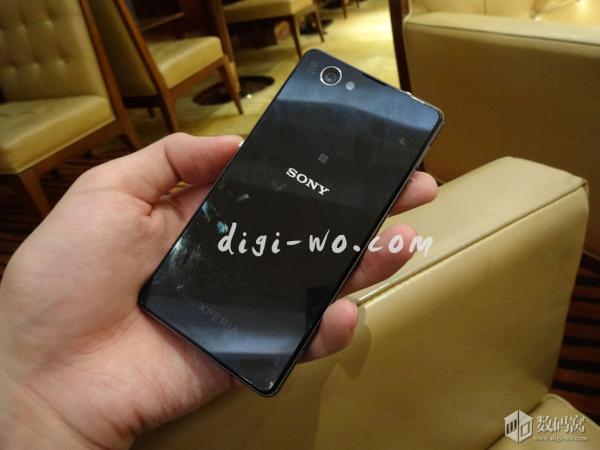 There is a lot of anticipation for the release of the global version of the Sony Xperia Z1 Mini and now ahead of any official launch the handset has been seen again in a new possible sighting.

Consumers in Japan have been treated to the Sony Xperia Z1 f via carrier NTT DoCoMo while the international version of the handset remains elusive, although it recently did stop by the FCC ahead of any official release.

The image that you can see on this page is allegedly the rear panel of the international version of the Sony Xperia Z1 Mini, which could be officially unveiled at an event taking place in China on January 3rd, 2014 or later at CES in Las Vegas.

Since its release in Japan the Sony Xperia Z1 f has zoomed to the top of the sales charts and offers users a 4.3-inch 720p smartphone powered by the Qualcomm quad core Snapdragon 800 processor with 2GB of RAM.

There is also the same camera set up as the full sized Xperia Z1 so we have a 20.7-megapixel rear camera paired with a 2.2-megapixel front facer, and the only other difference away from the screen than the full sized model is a 2,300 mAh battery instead of a 3,000 mAh unit.

We have seen some confusion with the Xperia Z1 Mini with some suggesting the yet to be announced Sony Xperia Z1S being the international version of the Z1 f, but this is now thought to be a new refreshed version of the Z1.

Do you plan to get the Sony Xperia Z1 Mini?