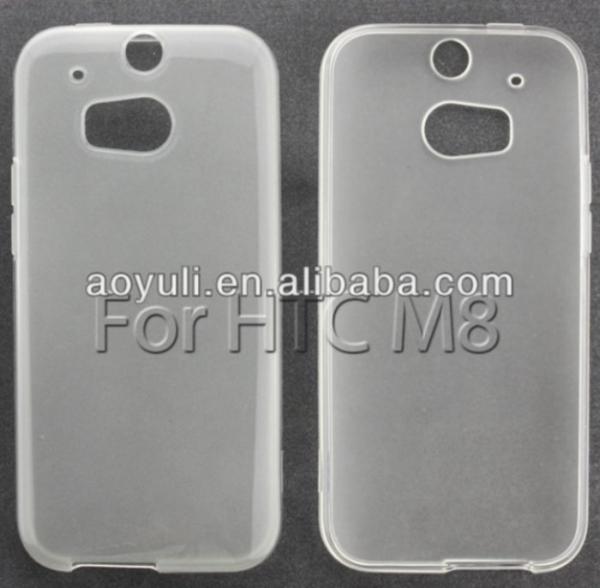 It is widely believed that we are now only a few weeks away from seeing the next flagship smartphone from HTC that will replace the hugely popular HTC One that was released early last year. Now a supposed case for the HTC M8 is possibly showing an upcoming feature of the smartphone.

There have been loads of rumours surrounding the HTC M8 or HTC Two or whatever it is eventually called, which more recently featured the specifications for the device. Now the image that you can see on this page is supposedly of a case for the upcoming device, which seems to point that the device will also feature a fingerprint scanner like the HTC One Max.

If accurate it will mean that users of the device will have to swipe their finger across the rear of the device on the scanner placed beneath the camera. It is being claimed that the HTC M8 specifications will include a 5-inch Full HD touchscreen display with either the Qualcomm quad core Snapdragon 800 or 805 processor under the hood.

There is tipped to be 2GB of RAM on board along with 16GB of expandable storage with a microSD card, and a 2,900 mAh battery unit will be keeping everything switched on. The handset has been tipped to arrive with the Android 4.4 KitKat operating system already on board along with the new HTC sense 6.0 Android overlay.

The HTC M8 or HTC One+ which it has recently been called is expected to make its debut at the MWC 2014 event next month in Barcelona, Spain.

Will you be giving the HTC One+ a look when it is launched?