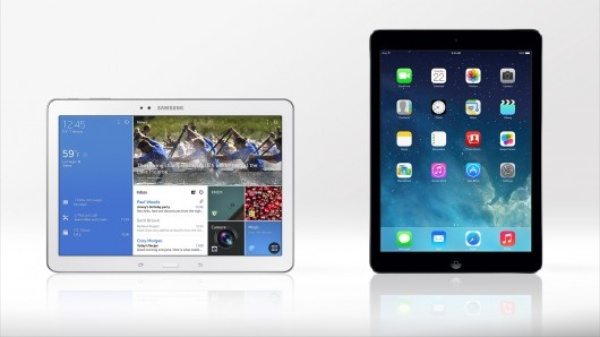 We’ve already shown a video comparison of the iPad Air vs. Galaxy Note Pro 12.2 and also a video of the Galaxy Tab Pro 10.1 vs. the Nexus 10, so do check those out at the links if you want some closer looks at these devices. We’ve detailed the major specs of each below.

As a straightforward specs comparison this should give you an idea of how these tablets compare, although of course it doesn’t take into account every single feature or the differences offered by the software experiences.

If you were about to buy one of these tablets based on specs alone, which would you choose and why?