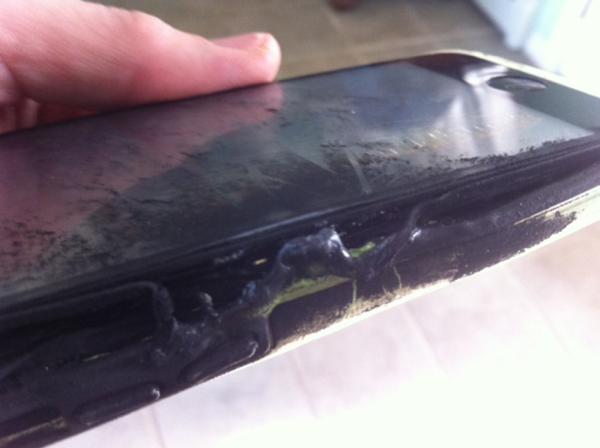 Quite often we hear of certain cheap mobile accessories causing issues for users such as catching fire but sometimes official hardware can experience problems, as an iPhone 5C deals a hot time to a young student.

Yesterday we heard about an iPhone 3GS and its battery swelling up to dangerous levels, but an iPhone 5C has now caught fire while in a pocket of a middle school student in the US while she was sitting in class.

The 14 year old girl only had the green iPhone 5C for a couple of months when smoke started to appear around the student, and quickly realised that something was wrong and knew her pants were on fire.

She then dropped to the ground and began rolling around on the floor to try and put out the fire, but the phone was still smouldering when it fell from her pocket. She was taken care of by a teacher until emergency workers arrived and took her to a local hospital.

After around 45 minutes of treatment for second degree burns she was released from hospital and wanted to return to school, but officials advised her to return home instead.

Experts have said that iPhone owners have brought iPhone’s in for repair that have seen batteries swell to dangerous levels but only after prolonged use, and iPhone batteries are extremely safe especially when new.

This problem doesn’t seem confined to Apple products though as we heard before Christmas about a Samsung Galaxy S4 catching fire whilst on charge.

Have you ever had a mobile device catch fire?