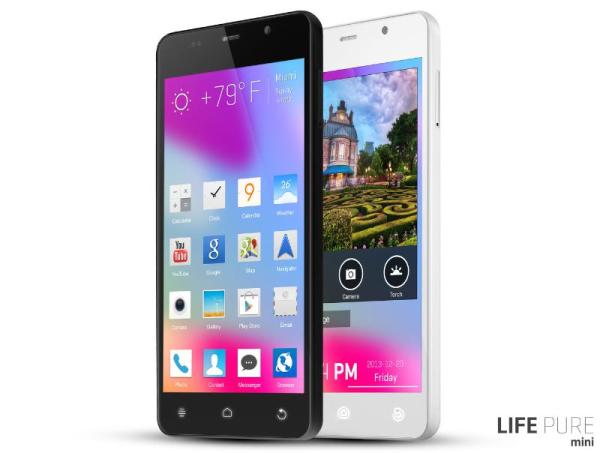 Smartphone manufacturer Blu have long provided some great handsets that are feature packed but come at a relatively low asking price, and now the Blu Life Pure Mini has been revealed with some tasty specs in tow.

The Blu series of handsets was launched the best part of a year ago and have since been added to with the flagship Life Pure, and now the company has announced a mini version of the device that is being labelled as its powerful little brother.

It features a 4.5-inch touchscreen display at a resolution of 720p HD with a pixel density of 326ppi, which is surrounded by a thin bezel, while under the hood is quad core processor clocked at 1.5Ghz and paired with 1GB of RAM.

The handset has an 8-megapixel rear camera with second generation back-side illumination, anti-reflection coating, and a 5-element lens capable of 1080p video capture at 30fps, while around the front is a 2-megapixel front facer. It has a 3,000 mAh battery promising 35 hours of use inside a polycarbonate form factor measuring only 8.9mm thick.

There is 16GB of un-expandable storage while the handset will ship running the Android 4.2 Jelly Bean operating system and is available for US consumers now for $249 unlocked.