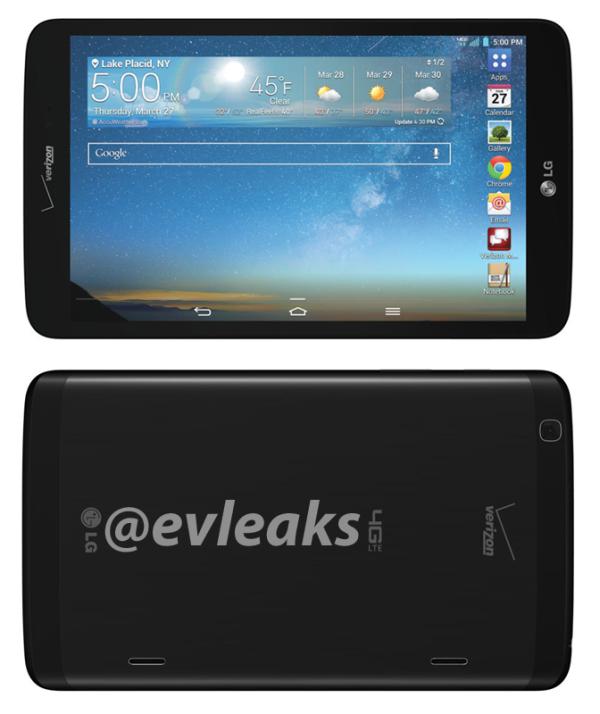 It seems that customers of US carrier Verizon Wireless are set for more choice when it comes to owning an Android tablet PC, as an LG G Pad 8.3 Verizon release now looks on the cards at some point in the future.

Serial mobile device tipster’s evleaks has provided the image of the LG G Pad 8.3 with the Verizon Wireless branding, which should mean that the device will become available to customers of the carrier in the not too distant future.

To quickly recap the LG G Pad 8.3 features an 8.3-inch display at a resolution of 1920 x 1200 and powered by the Qualcomm quad core Snapdragon 600 processor clocked at 1.7GHz, which is coupled with the Adreno 320 graphics GPU and 2GB of RAM.

There is 16GB of onboard storage expandable further via microSD card, 5-megapixel rear camera, 1.3-megapixel front facer, Bluetooth LE, Wi-Fi, Android 4.2.2 Jelly Bean OS, and a 4,600 mAh battery. While there is nothing official yet coming from the carrier the source has a pretty solid track record when it comes to these types of things.