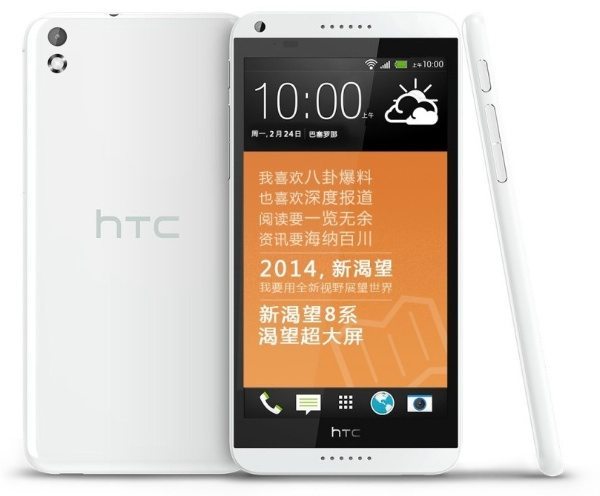 The HTC Desire 8 smartphone is a device that recently appeared on the rumor spectrum and so far we’ve seen a few leaked specs and images. Now HTC has posted another image of the device on Weibo that reveals the HTC Desire 8 will debut on February 24th. We also have what appears to be a reliable leaked specs sheet.

Last week we showed readers the first leaked image claiming to be of the HTC Desire 8 with a few initial unofficial specs. Further to this, yesterday we showed another leaked image of the device, this time posted on Weibo by HTC itself.

Now HTC has taken to Weibo again, this time with another image of the Desire 8 with an invitation revealing that the phone will be officially revealed in China on February 24. As well as this, prolific HTC developer llabtoofer has leaked pretty much complete specs for the phone, with about the only thing missing being the battery capacity.

According to the leak the mid-range HTC Desire 8 will have a 1.2GHz Qualcomm Snapdragon 400 MSM8926 quad-core processor, 5.5-inch display with resolution of 1280 x 720, 1GB of RAM, and 8GB of internal storage (expandable via microSD).

The Desire 8 is also said to have a 3.5mm audio jack, Beats Audio, HTC BoomSound and dual front-facing stereo speakers with built-in amplifiers. It also looks as though the phone will be available as either a single SIM or dual SIM handset, with the single SIM variant for Sprint US while the dual SIM (WCDMA and GSM) model will head to regions such as Asia, Europe and Africa.

Although these specs are unconfirmed they do look plausible and it’s not too much longer until all will be officially confirmed about the HTC Desire 8. What are your thoughts on this upcoming HTC handset? Based on the leaks so far, is this likely to be a smartphone you would consider buying.