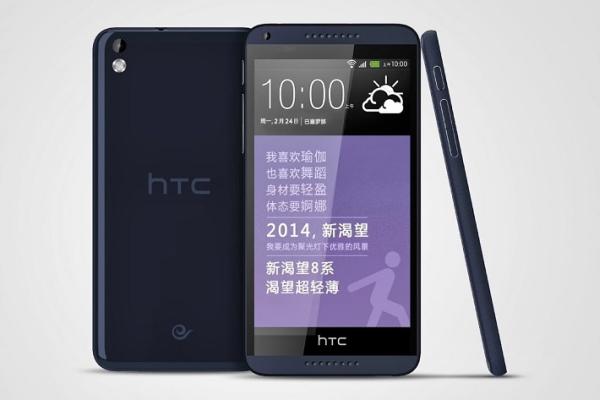 We first saw the HTC Desire 8 a couple of weeks ago and more recently evleaks have provided some specifications for a handset that has the codename of HTC A5, which is now believed to be the HTC 8 Desire.

Now the image that you can see on this page is among some others that have been posted on the company’s Weibo account. It is being claimed that the HTC 8 Desire will launch in five colours that include black, white, red, yellow, and purple.

The rumoured specifications for the handset include a 5.5-inch SuperLCD2 touchscreen display at a 720p resolution, which is set to be powered by a quad core Snapdragon 400 processor running at a clock speed of 1.6GHz and paired with 1.5GB of RAM.

Other specs will supposedly include a 13-megapixel rear camera while around the front is a 5-megapixel shooter. There is 8GB of internal storage that will be expandable via microSD card with the device running Android 4.4.2 KitKat with HTC Sense 6.0.

Do you like the sound of the HTC Desire 8?