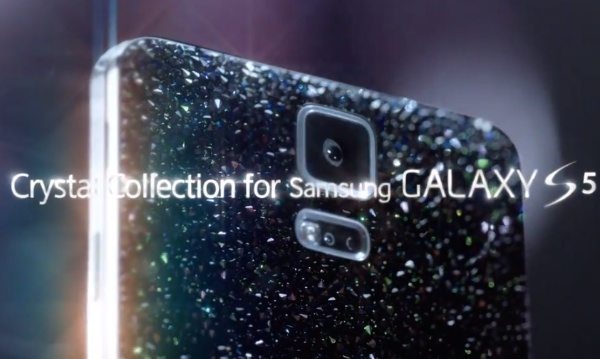 Do you like the idea of the Samsung Galaxy S5 but just wanted something with a bit more bling? The very thing looks to be on the way as a Samsung Galaxy S5 fancy Crystal version has now been teased. The S5 is already achieving high sales, and we wonder how many people would like this very special model.

Swarovski and Samsung have collaborated on limited edition items previously and now an official Samsung video has been released that tantalizes the Samsung Galaxy S5 Crystal Collection. You can see the brief YouTube video below, although it doesn’t give too much away. However the company says that the phone will launch in May.

The teaser comes from Samsung Mobile Korea but doesn’t make it clear whether the Crystal Galaxy S5 will also be launched in other regions, or give any indication on price. It appears that the phone will be the same as the standard model but glitzed up on the reverse to offer real sparkle. Does the idea of an ultra-glam Galaxy S5 appeal to you?