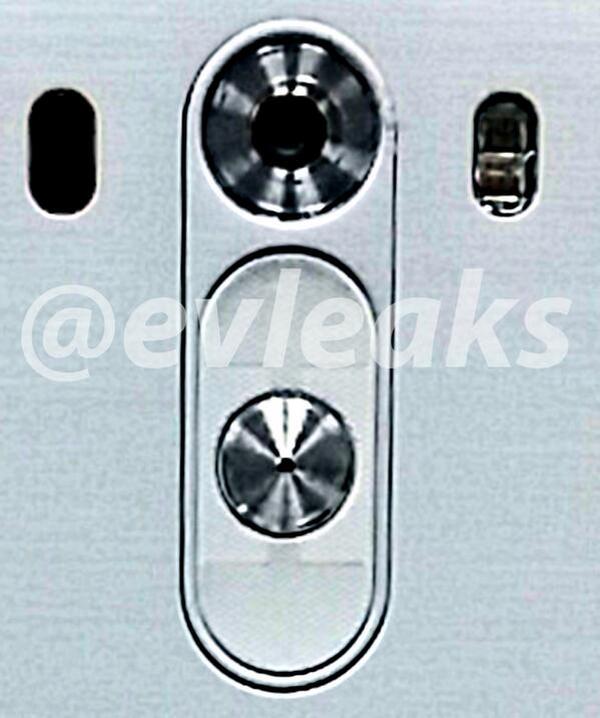 We have been hearing and seeing lots of information regarding the next big smartphone release from electronics giant LG recently, and now the LG G3 design leaks again as the handsets release closes in.

Yesterday we heard from an official statement by the company the release timeframe of the LG G3 in an earnings report, but we have been seeing a number of images leak recently that are supposedly of the device.

Now reliable tipster evleaks has provided this image that you can see on this page that is showing the redesigned rear buttons for the device. This fits in with previous images of the handset and the same source also recently showed us the LG isai FL which is claimed to share a similar design, which also fitted in with some earlier leaked cases for the LG G3.

The new design of the buttons on the rear of the handset could be showing the rumoured fingerprint scanner that has been claimed to be coming on the handset, and potential purchasers of the handset will probably prefer the flatter rear buttons compared to the LG G2.

Are you going to choose the LG G3 for your next smartphone?