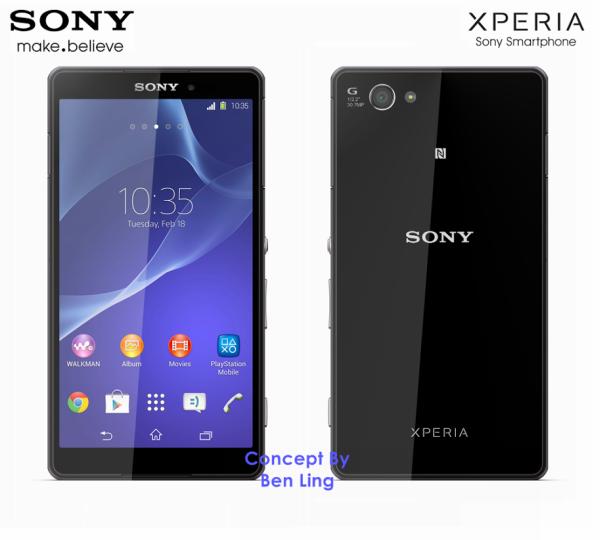 The Sony Xperia Z2 has only just became available for some regions with the handset gaining a number of plaudits, but thoughts have already been turning to next year and the Sony Xperia Z3 design we have today brings a familiar feel but with better specs.

This Sony Xperia Z3 image that you can see on this page is obviously a concept design and is courtesy of designer Ben Ling. This isn’t the first Z3 design we have seen but this one features a 5.3-inch touchscreen display with a QHD resolution.

This features Gorilla Glass 3 protection and is powered by the Qualcomm Snapdragon 805 processor coupled with an Adreno 420 graphics GPU, and 3GB of RAM. There is also PlayStation certification while on the back is a 30MP camera capable of 4K video capture.

Around the front is a 5MP shooter while internal storage comes in at 32GB, and on the front there are dual stereo speakers, which hopefully will be better than the ones on the Xperia Z2 that was recently discussed.

Providing the juice is a 3,500 mAh battery pack and of course the smartphone is dust and waterproof.