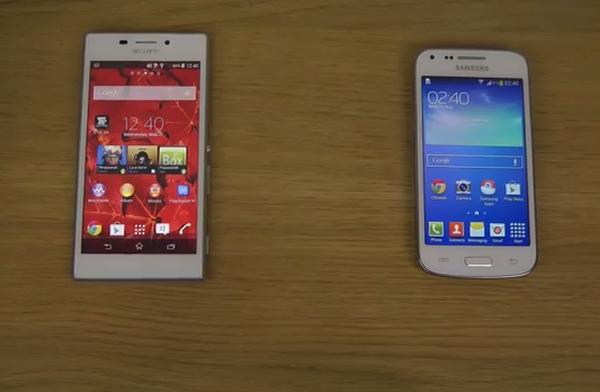 With the huge number of new Android smartphones constantly being released it can be interesting to see how a certain device compares to the competition, while we now have a Sony Xperia M2 vs. Samsung Galaxy Core Plus review observation video.

The Sony Xperia M2 was unveiled back in February and is obviously aimed at the lower end of the market, and we have already seen the Samsung Galaxy Core Plus compared against the Sony Xperia E1.

Today we have a YouTube video that can be seen below this page that is comparing the two handsets and seeing what they have to offer. The reviewer mentions that the Sony Xperia M2 costs quite a bit more than the Samsung before running through some of the internal specifications of each handset.

The display on the Sony handset has a better quality then the Core Plus which includes the overall build, and we get a look at the two Android overlays that come with the handsets. Check out the full video and tell us which one you prefer.