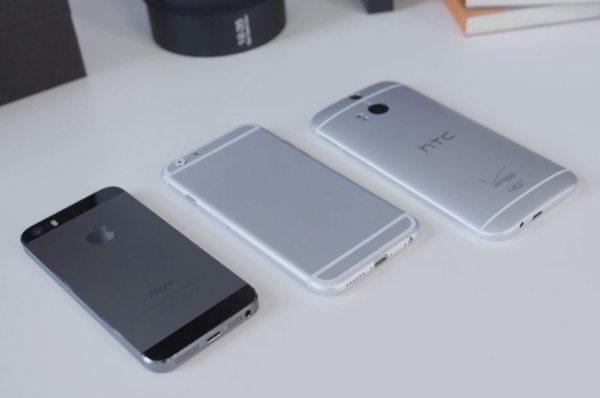 We are a few months away from an Apple iPhone 6 release yet, but over the last few weeks we’ve been encountering an increasing amount of leaks. Recently iPhone 6 dummies have appeared in several images showing the handset up against others and today we have an iPhone 6 model in a new hands-on video.

Previously we’ve shared a video of a supposed iPhone 6 against the iPhone 5S and 4S. Just in the last few days we’ve also seen a new image of an iPhone 6 dummy shown alongside previous iPhones, and reported on a purported display component for the next iPhone.

Today we’ve embedded a new YouTube video below this article that shows an iPhone 6 model. In the same video we also see the phone compared alongside the HTC One M8, Moto X and iPhone 5S.