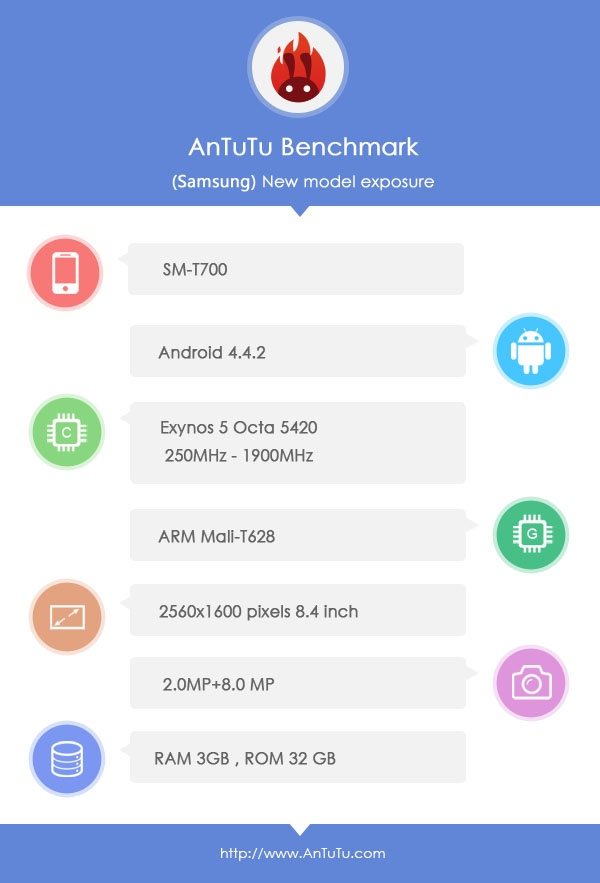 These are set to be high-end tablets and although there’s no news yet on prices, it’s possible that we could see them officially introduced on June 12th. Only yesterday we saw a leaked image of the 10.5-inch version showing the AMOLED display, and now the 8.4-inch Galaxy Tab S Wi-Fi model (SM-T700) has appeared on an AnTuTu benchmarks listing.

This reiterates the earlier specs we gave, which include an Exynos 5420 octa-core processor, Mali-T628 graphics, display resolution of 2560 x 1600, 3GB of RAM and 32GB of internal storage. Further specs include an 8-megapixel rear camera and 2.1-megapixel front-facing unit, and it will be running Android 4.4.2 KitKat.

The tablets are said to be coming in Wi-Fi and LTE variants. Are you looking forward to the release of the Samsung Galaxy Tab S tablets?