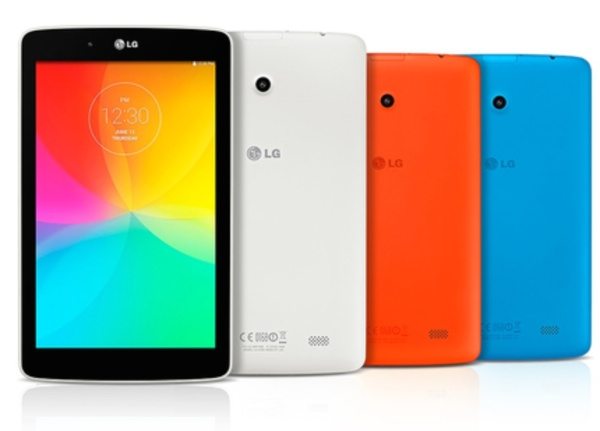 One month ago we reported that LG had unveiled three new tablets in the G Pad series, following on from the success of the G Pad 8.3. However, specific confirmed details of the devices were sparse although we did see a specs leak appear for the 7-inch version. Today the LG G Pad 7.0, 8.0 and 10.1 specs have been officially detailed

The prices of the new Android LG G Pads have not been revealed yet, but it’s now evident that the specs don’t quite live up to those of the LG G Pad 8.3. Therefore we’d expect these Wi-Fi tablets to be priced for the budget to mid-range of the market. Specs are as follows —

Software echoes that of the recently unveiled LG G3 flagship smartphone with features such as Smart Keyboard, Dual Window, and Knock Code. The QPair 2.0 feature enables notifications to a user’s smartphone to show on the tablet. As for availability we now know that the G Pad 7.0 will release in Europe this week while the other two sizes will be available in the coming weeks.

Depending on price do you think you might be purchasing any of these new LG G Pad tablets?