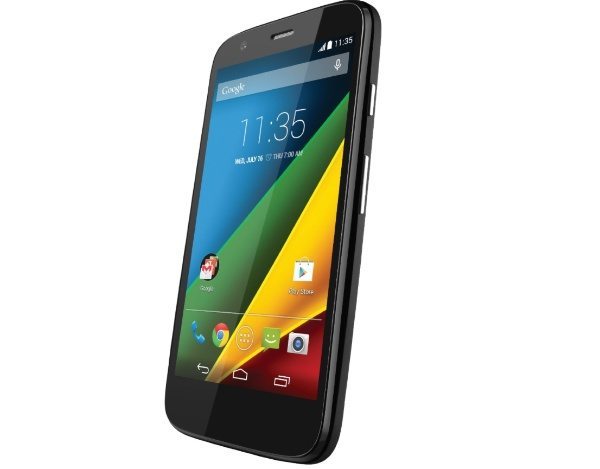 Towards the end of last year Motorola released the Moto G, an affordable smartphone that has been very popular. Then in April this year we heard rumors of an LTE version of the handset on the way. There’s nice news today if you have been waiting for the new variant, as the Motorola Moto G 4G LTE edition is now available in the US.

Last month we heard news that the new Moto G version would have a microSD card slot and that turned out to be accurate, so this will be a further boost for prospective buyers. Now the 4G LTE phone has appeared on the Motorola US website with a price of $219 for the 8GB model. The phone is in stock right now.

Alternatively the Moto G Universal 4G phone is also up for grabs at Amazon for the same $219 unlocked price. It’s available in black or white color options. Its main specs are the same as for the standard Moto G except for the added LTE connectivity, so Moto G 4G specs include a 1.2GHz Qualcomm Snapdragon 400 quad-core processor, Adreno 305 graphics, and a 4.5-inch IPS LCD display with resolution of 1280 x 720 and 326 ppi.

It has 1GB of RAM, and either 8 or 16GB of internal storage (expandable via microSD to 32GB). Further specs include a 5-megapixel rear camera with autofocus, LED flash and 720p video capture, a 1.3-megapixel front-facing camera, and 2070 mAh battery, and it runs the Android 4.4.2 KitKat operating system, upgradable to Android 4.4.3.