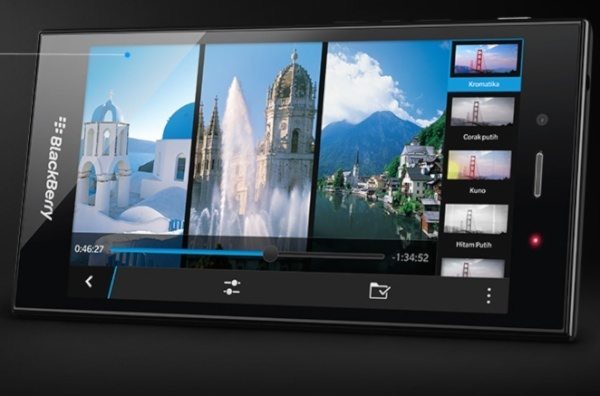 We first started hearing rumors of the BlackBerry Z3 smartphone back in February just before it was officially introduced by the company. The phone was produced by a partnership between Foxconn and BlackBerry and launched first in Indonesia, with other markets to follow. Now we have details of specs and BlackBerry Z3 price expectations for the upcoming India launch of the device.

The Z3 was originally dubbed the BlackBerry Jakarta and this is an affordable smartphone to suit many pockets. The latest news is that the phone will be launched for India on June 25. Press invitations to an event have already been issued by BlackBerry for a next-generation BB10 device. Although the Z3 isn’t mentioned by name this is really all it could be as the BlackBerry Z30 has already been launched.

BlackBerry Z3 specs include a 1.2GHz Snapdragon 400 dual-core processor, Adreno 305 graphics, 5-inch touch screen display with resolution of 960 x 540, 1.5GB of RAM, and 8GB of internal storage, expandable to 32GB via microSD. It has a 5-megapixel rear camera with autofocus and LED flash, a 1.1-megapixel front-facing unit, 2500 mAh non-removable battery, and runs the BlackBerry 10 operating system.

The Z3 has connectivity options that include 3G, Wi-Fi 802.11 b/g/n, Bluetooth 4.0, and GPS, and it also has an LED indicator and 3.5mm audio jack. The phone weighs 164g and is 9.26mm thick. Pricing and availability of the phone for India has not been detailed yet, although we should hear that next week at the launch.

However we can get an indication of the price of the Z3 for India as when the phone arrived for sale in Indonesia it was priced at IDR 2,199,000. That equates to around Rs. 11,100 so we would expect the Z3 price for India to be below Rs. 12,000. Once we hear further information on price and a release date for India we’ll pass on that news.

Have you been looking forward to the BlackBerry Z3 arriving for sale in India? We always appreciate hearing your thoughts so feel free to drop us a comment using the box below.