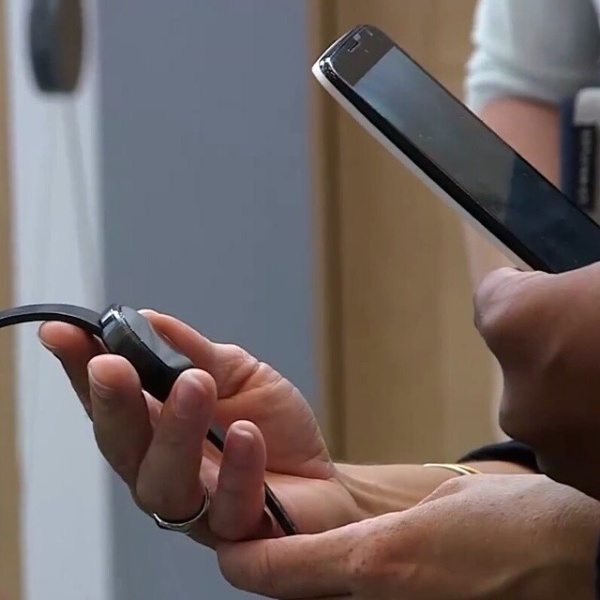 We’ve been reporting news and leaks on the successor to the enormously popular Moto X for some weeks now. Motorola has already said that a new flagship smartphone will release later this year although we don’t know for sure that this is the Moto X+1 (aka Moto X2). Now a new Moto X+1 leaked image has appeared that we’re showing here today.

The Google I/O event began yesterday and the photo shown here was taken by someone in attendance. It shows the Motorola Moto 360 smartwatch that made an appearance at the event, alongside what is purported to be the Moto X+1. The phone seems to be a little slimmer than the Moto X and features a white back plate, but to be honest there’s no way of telling if this is indeed the X+1 or not.

In April we reported on rumors of some new rear panel options that were claimed to be for the Moto X successor and later that month some leaked specs appeared from a benchmark. These included a 2.3GHz Qualcomm Snapdragon 800 quad-core processor, a 5.2-inch Full HD display, 2GB of RAM, 32GB of internal storage and a 12-megapixel rear camera.

Following this in May we saw a placeholder appear on the Motorola website seeming to confirm the name as the Moto X+1. Hopefully we’ll be hearing something official about the Moto X+1 before too much longer and of course we’ll pass on news as we hear it. For now though we’ll stress that none of the above is confirmed and it’s a question of wait and see to find out whether this leaked image is the real deal.

Are you waiting for the Motorola X+1 to be officially introduced? We’re always interested to hear from readers so do let us have your comments.