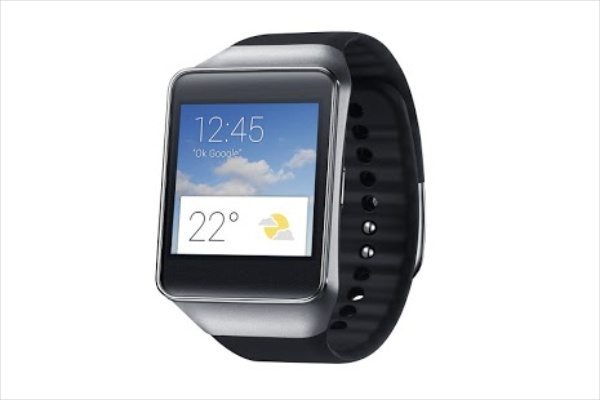 The Gear Live is the first smartwatch from Samsung to be based on the Google wearables platform Android Wear and another smartwatch launched at Google I/O is the LG G Watch that we’ve already detailed here. Gear Live specs include a 1.2GHz processor, 1.63-inch Super AMOLED display with resolution of 320 x 320, 512MB of RAM, and 4GB of internal storage.

It has a 300 mAh battery, Bluetooth 4.0 LE and also has water and dust resistance to IP67 standard. The device is compatible with smartphones running Android 4.3 or later and also features the heart rate sensor that already appears on the Gear 2 smartwatch and the Galaxy S5 smartphone.

The user is also able to mix it up a bit with interchangeable straps and it measures 37.9mm x 56.4mm x 8.9mm weighing in at 59g. The Gear Live is already up for pre-order on Google Play here at a price of $199 /Â£169 with shipping from July 7th/8th. It will also be available soon from other outlets such as Best Buy, Amazon and Samsung Stores.

If you’re interested in other news from Google I/O you might like to check out details on the new Android L upcoming operating system update and the Android One program. Does the Samsung Gear Live have any appeal to you? Let us have your comments on this new device.