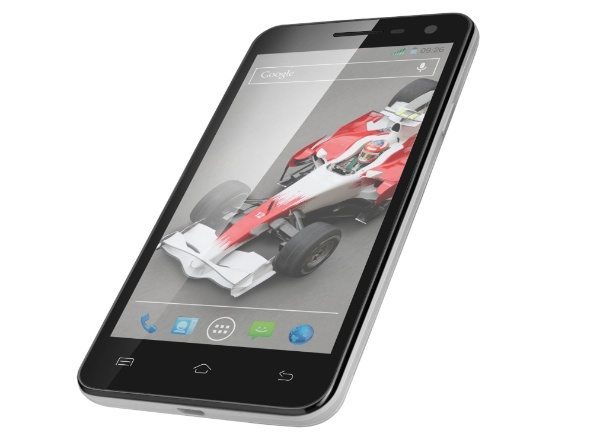 If you’re in India and would like to buy a smartphone that launches with Android KitKat then you might like to consider two new handsets from Xolo. These phones have now appeared for sale online, and we have details of Xolo Q1011 and Q2000L prices for India as well as specs.

We’ll begin with the Xolo Q1011 (pictured here) and specs of this one include a 1.3GHz MediaTek MT6582 quad-core processor, Mali 400MP2 graphics, a 5-inch IPS display with resolution of 1280 x 720, 1GB of RAM, and 4GB of internal storage, expandable via microSD to 32GB. Camera-wise it has an 8-megapixel rear camera featuring LED flash, BSI sensor and 1080p video capture, and a 2-megapixel front-facing camera.

Now we’ll move on to the Xolo Q2000L and this phone is powered by a 1.2GHz Broadcom BCM23550 quad-core processor, has VideoCore IV graphics, a 5.5-inch IPS display with resolution of 960 x 540, 1GB of RAM, and 4GB of internal storage, expandable to 32GB via microSD. The camera arrangement consists of an 8-megapixel rear camera with LED flash, BSI sensor and 1080p video capture, as well as a 2-megapixel front-facing camera.

You may also be interested in two other recent arrivals from this manufacturer, the Xolo Q1200 and Xolo Q600s. Do you think either of these new Xolo Android KitKat smartphones are the right choice for you?