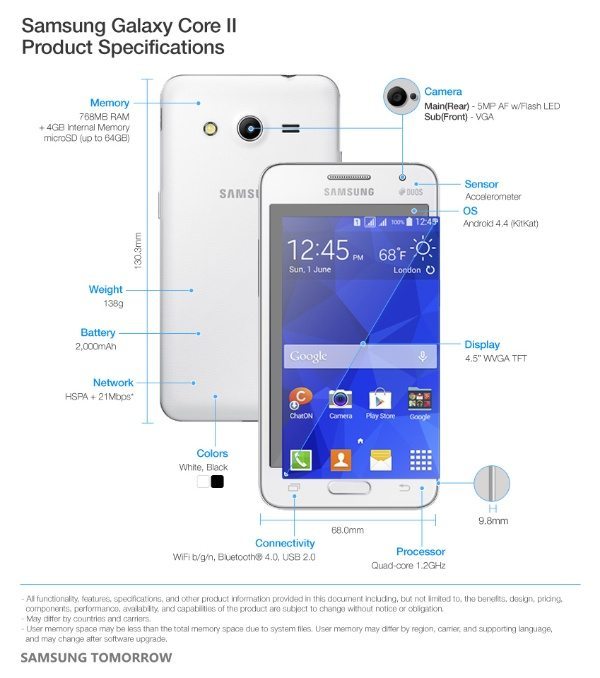 It looks as though Samsung is having a smartphone announcement bonanza today as several new devices have been officially introduced. One of these is the Samsung Galaxy Core 2 with dual SIM, and we’d expect this low to mid-range device to be popular in countries such as India following the popularity of the original Galaxy Core. We have details of specs and more ahead.

A few weeks ago we reported on a leak of the Samsung Galaxy Core 2 Duos and gave details of some of the unconfirmed specs, so it’s good to finally have the specs confirmed. The Galaxy Core 2 (Galaxy Core II) has a 1.2GHz quad-core processor, a 4.5-inch WVGA display, 768MB of RAM, and 4GB of internal storage (expandable via microSD to 64GB).

Design-wise it has a leather-look finish and will come in black or white color options. Dimensions are 130.3mm x 68mm x 9.8mm and it weighs 138g. The Galaxy Core 2 price and release date has not yet been announced but we’ll keep you informed when we hear more.