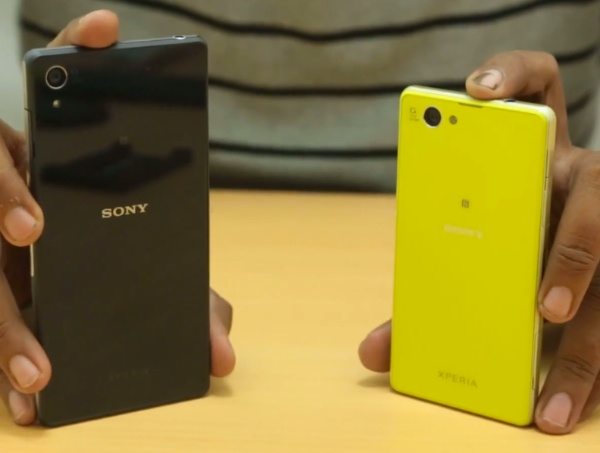 Smartphone camera capabilities are a growing factor that many people consider when purchasing a new handset. If you’re a fan of Sony devices you may be considering the new Sony Xperia Z2 flagship or perhaps the Sony Xperia Z1 Compact. Today we have a Sony Xperia Z2 vs. Z1 Compact camera review that may help you to decide which phone is the right choice for you.

The Xperia Z1 Compact released early this year while the Xperia Z2 is a more recent arrival, and both have excellent camera set-ups. The Xperia Z2 has a 20.7-megapixel rear camera with autofocus, LED flash, and video capture of 2160p@30fps, 1080p@60fps, 720p@120fps. It also has a 2.2-megapixel front-facing camera.

On the other hand the Xperia Z1 Compact has a 20.7-megapixel rear camera with autofocus, LED flash and 1080p@30fps video capture, as well as a 2-megapixel front-facing camera. As you can see there are a lot of similarities in the camera arrangements of these phones, so it’s interesting to see which will offer the best image results.

The YouTube video that you can view below this story comes from Fone Arena and offers an excellent way of comparing the camera performance of both of these smartphones. It begins by showing stills images taken in several different conditions such as indoors, outdoors, and close-up.

We found the video to be a really useful way of seeing how the cameras stand up against each other. If you enjoy it you might also be interested in similar tests of the Xperia Z2 camera stacked up against the cameras of the Moto X, Find 7a, and HTC One M8 at the links.