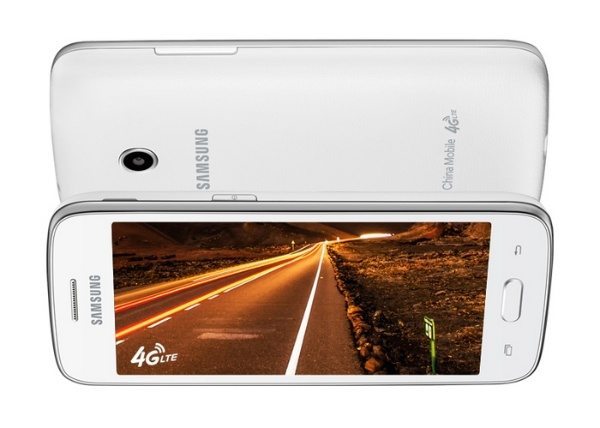 Samsung seems to be churning out an endless amount of new phones lately, and although many will immediately think of the flagship Galaxy S5 there is also plenty of choice for the more affordable end of the market. The Samsung Galaxy Core Mini 4G has now been launched, which is a mini version of a lower-end handset, to confuse buyers even more.

We’ve seen several spin-offs of the original Galaxy Core now, such as the Galaxy Core Plus, Galaxy Core Advance, Galaxy Core LTE and Galaxy Core Lite LTE. The Core Mini 4G is the latest in the lineup, and as the name suggests it offers LTE connectivity. This will be a budget handset, although the price has not yet been revealed.

Dimensions of the Galaxy Core Mini 4G are 127.8mm x 66.2mm x 10.6mm, it weighs 136g, and appears to only be available in a white color. It’s launching in China as a China Mobile exclusive, and although availability for other countries has not been announced yet, we imagine it’s likely to appear for further regions. If not, look out for a Galaxy Core Mini 4G variant with a slightly different name for a more widespread release.