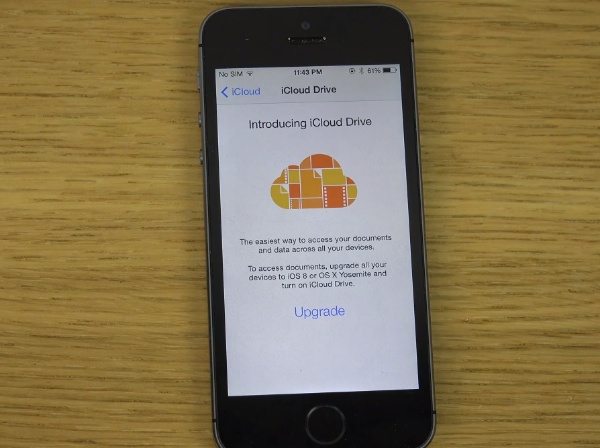 Apple’s iOS 8 is currently gathering a lot of attention, even though a release to the public is not due until fall. Right now it’s in the beta stages in the hands of developers and a few days ago we informed readers that iOS 8 beta 3 had released. Now we have a couple of videos to share showing an iOS 8 beta 3 review on the iPhone 5S and also the iPhone 5.

It can be interesting to see the various changes that come with each beta as it’s made available, and yesterday we noted that one of the additions with this latest beta version is iPhone WiFi calling for T-Mobile. Now it’s time to take a closer look at iOS 8 beta 3.

The first YouTube video that we have embedded underneath this article for you to view is a review of iOS 8 beta 3 on the iPhone 5S. The first changes noted are the additions of new options for Find My Friends and iCloud Drive. There’s also a new Enable Handoff feature to transfer tasks to your other iCloud devices, and a new QuickType setting for the keyboard.

Further aspects pointed out in the review are new wallpaper, tweaks to the Weather app, changes to the Photo app, and an option to automatically keep video and audio messages. The review also notices general speed improvements and performs a Geekbench processor benchmark test with the results shown.

The second YouTube video below our story is the same kind of review, but this time showing iOS 8 beta 3 on the iPhone 5. The majority of the changes are minor as you would expect in a beta update, and we look forward to the next beta to see what else will be offered. Yesterday we discussed how many more betas we are likely to see before the Gold Master is released, and iOS 8 beta 4 to 6 looks plausible going on past patterns.

When you’ve checked out the embedded videos we’d be interested to hear your opinions on the new additions with beta 3 of iOS 8? Are there any other new features or improvements that you’d particularly like to see added before the end release of iOS 8?