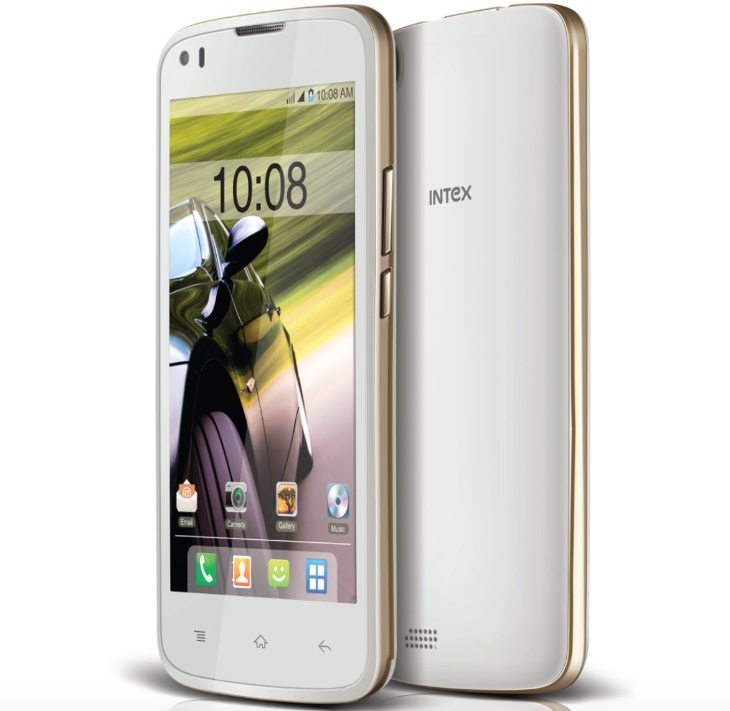 Intex provides steady stream of smartphones for the affordable end of the Indian market and a new one has now been announced. The budget Intex Aqua Speed has launched and we have information about price and specs. We wonder how many readers will appreciate the Aqua Speed?

First we’ll look at the specs of the device and it’s powered by a 1.3GHz MediaTek MT6582 quad-core processor and has Mali-400 graphics. It has a 4.5-inch IPS display with resolution of 960 x 540, 2GB of RAM, and 16GB of internal storage that’s expandable to 32GB via microSD. It has an 8-megapixel rear camera with auto focus and LED flash and a 5-megapixel front-facing snapper.

Further specs include a 1700 mAh battery and connectivity options are 3G, WiFi 802.11 b/g/n, Bluetooth 4.0, and GPS. It’s a dual SIM handset with dual standby and runs the Android 4.4 KitKat operating system that will be upgradable to Android 5.0 Lollipop. The handset also has a 3.5mm audio jack, FM radio, and is 8.95mm thick, weighing in at a lightweight 120g.

Intex Technologies is collaborating with eBay India to sell the phone and it’s priced at Rs. 7,444. The Aqua Speed comes in black, coffee, grey, or white color choices. It joins other recent Intex launches such as the Aqua Y2 Remote and Aqua Star II. There is a vast amount of budget smartphones available right now, so we’d like to know if you think the Intex Aqua Speed will be a popular smartphone? Why not send your comments to let us know.