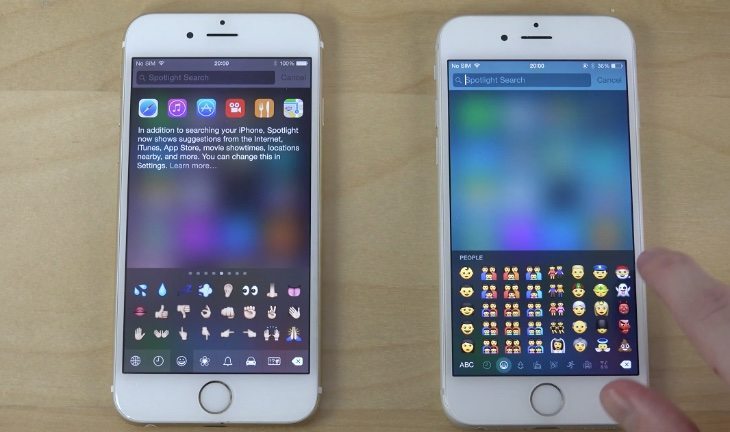 Last week Apple released the iOS 8.2 update for iPhone, iPod touch and iPad, and plenty of device users have already downloaded the new upgrade. As well as the arrival of iOS 8.2 for public use, we also saw iOS 8.3 beta 3 seeded to developers in the same week. It can be interesting to see how different iOS versions compare, so today we’re showing the iPhone 6 on iOS 8.2 vs. iPhone 6 on iOS 8.3 beta 3 in a bootup speed test. The video also shows some of the differences between the two iOS versions.

iOS 8.2 focuses on Apple Watch support for the upcoming device, and we’ve previously shared a video bootup test of the iPhone 6 on iOS 8.2 vs. the Nexus 5 on Android 5.1. When iOS 8.3 beta 3 arrived for developers last week we reported on the new public beta program that Apple has initiated, that gives people other than developers the chance to check it out.

For your viewing pleasure we’ve embedded a YouTube video beneath this article, so that you can see the difference in bootup times for the iPhone 6 running iOS 8.3 beta 3 and another iPhone 6 running the official release of iOS 8.2. The video begins with the reviewer discussing some of the inclusions of iOS 8.3 such as new emojis and improvements for Siri, and you’ll see both handsets being simultaneously powered up. 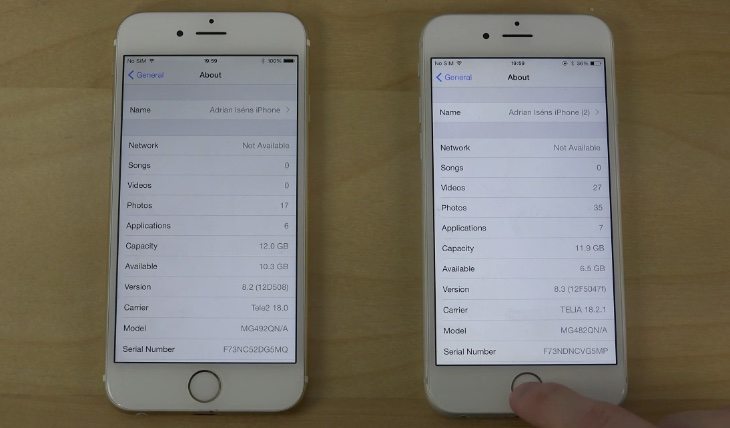 The iPhone running iOS 8.2 (on the left as you watch) is the first to be ready for action, but really the difference in time is so small that it’s almost negligible. Of course by the time that iOS 8.3 makes a final release speeds may have been improved further. The reviewer goes on to show that one handset is indeed on iOS 8.2 and the other on iOS 8.3 beta 3, and then spends a little time showing some of the differences between them such as further languages supported in Siri in iOS 8.3 and more.

The short video below offers an interesting diversion in a busy day, and when you’ve taken a look we’d like to hear your thoughts on iOS 8.3 beta 3 and iOS 8.2 on the iPhone 6. Why not send us your comments about this.