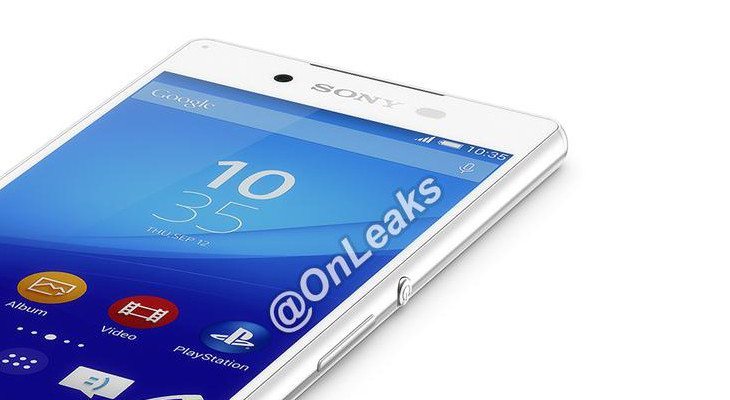 Earlier today, we covered a leak that reportedly shows a new selfie-centric smartphone from Sony known as the Sony Xperia Cosmos. Well, get ready for another reveal as a new Sony Xperia Z4 render has just surfaced.

The new Sony Xperia Z4 leak comes courtesy of @OnLeaks, someone who has given us quite a bit of information on the upcoming LG G4. As you can see from the picture, it looks similar to the Z3 flagship of 2014, but the top speaker has been moved to the edge. Â The bottom of the smartphone isn’t show, but one would assume the bottom speaker has been moved as well.

As far as the specs are concerned, the Sony Xperia Z4 leak didn’t shed any new light on what lies under the hood. That said, various benchmark listings and leaks show the device to have a Snapdragon 810, 3GB of RAM, and a 5.2-inch display. There’s a possibility that panel with be of the QHD variety, but nothing has been confirmed. Improved cameras are also on the table along with the usual waterproofing.

We’re still not sure when we’ll see the Sony Xperia Z4 hit the streets, but it’s safe to say that Sony probably won’t surprise us this year. That’s not a bad thing if you’re a fan of the Xperia lineup, and a good move by the company as Samsung will no doubt push a lot of smartphones this year thanks to their new design.