Does this show the LG G4 design? 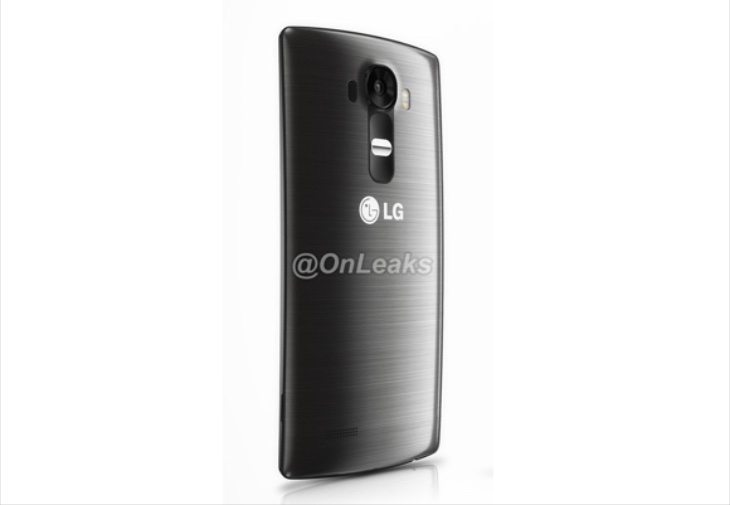 There were some who were a bit disappointed not to see the LG G4 introduced when the HTC One M9 and Samsung Galaxy S6 were both made official at MWC. However, we didn’t expect it to appear and previous leaks have suggested it could be unveiled in April. There may not be too much longer to wait though, so you may be interested in a press render purporting to be of the phone that may show the LG G4 design.

As usual with big-name upcoming devices we have seen the usual leaks and speculation about the G4. Recent rumors have suggested specs that include a Snapdragon 810 processor, a Quad HD or even 3K display, and possibly a dual-camera set-up although these are all far from being confirmed. Reports out of Korea have the launch of the G4 set for April as well as a release, though it seems to us more likely that it will actually hit the shelves in May.

Now an image that’s claimed to be of the LG G4 has surfaced on Twitter, although it only shows the reverse of the handset in gray. If this is the real deal we can see that the design is largely unchanged from the G3 although there’s clearly a new camera sensor. The render also shows the speaker on the reverse and that the volume rocker, dual-LED flash, laser focus and more are still in place.

The dimensions of the handset have also been given as 148.9mm x 76.5mm x 9.9mm, but bear in mind this is unofficial. We should also point out that this is said to be an early render so the final appearance could be slightly different. Hopefully it won’t be too long before we hear something official on this much-awaited handset, but meanwhile you may be interested in rumors of a new LG flagship series on the way.

Are you one of the many people waiting for the official LG G4 launch? If the above render is accurate do you like what you see? Let us have your comments.