Huawei P8 Lite exists, pre-orders and price for some 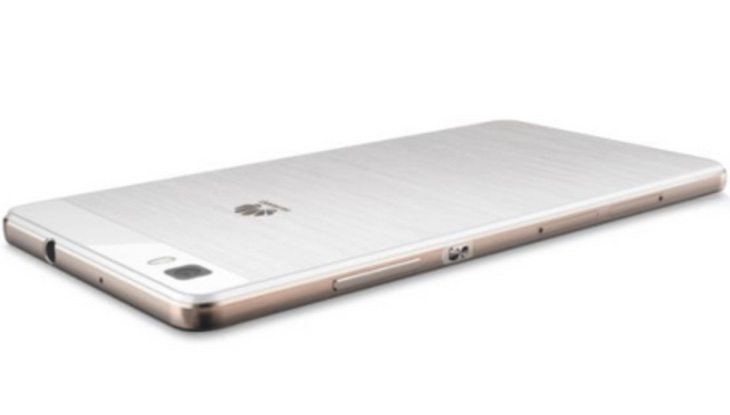 When the Huawei P8 and P8 Max were announced earlier this month there was some surprise that there was no mention of the P8 Lite version. This rumored cheaper version of the P8 had been the subject of leaked images and specs and even a product page had appeared briefly, but it was not officially unveiled. However, news today is that the Huawei P8 Lite does exist, and pre-orders and price are available for some.

The P8 Lite was set to be a lesser-specced version of the Huawei P8 flagship that would have a cheaper price, and now it has materialized at last, although not for many potential buyers just yet. The Huawei P8 Lite is now available to pre-order in Germany with a price of â‚¬249. That roughly equates to $271, Rs. 17,250 or Â£178 although pricing is likely to vary according to different regional markets so this is just a guideline.

Specs shown on the pre-order page for the device definitely denote this as a more mid-range offering than the P8, and tie in with the earlier rumored specifications. They include a 1.2GHz Hi-Silicon Kirin 620 64-bit octa-core processor, Mali-450 MP4 graphics, a 5-inch IPS display with 1280 x 720 resolution, 2GB of RAM, and 16GB of internal storage (expandable). 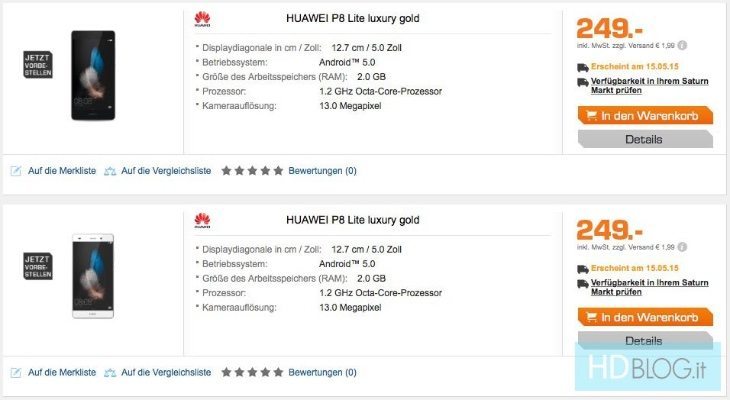 The P8 Lite has a 13-megapixel rear camera and 5-megapixel front-facing snapper, a 2200 mAh battery, and runs the Android 5.0 Lollipop operating system. It measures 143mm x 70.6mm x 7.6mm and weighs in a 131g, and buyers can choose from black and silver/gold color options. The phone is listed for Germany as shipping on May 15th, and given this we’d expect it to start appearing for sale elsewhere very soon.

Would you be interested in an economy version of the Huawei P8 in the form of the Huawei P8 Lite? What are your thoughts on the price of the phone for those who can pre-order so far? Let us know with your comments.