The Micromax Canvas Play lands in India with a 5.5-inch display and Android 5.0 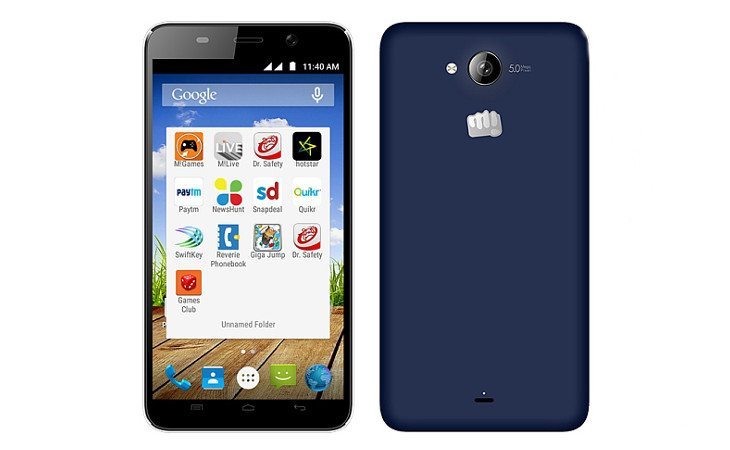 Earlier today, we told you about a contest for Micromax’s YU brand and the upcoming Yu Yuphoria smartphone. Now we’re going to take a look at a new handset from the company’s main brand with the Micromax Canvas Play.

There are too many Micromax Canvas devices to keep up with, and we’ve covered over a half-dozen in the past 6-months alone. The latest one is called the Micromax Canvas Play, and it has just shown up for purchase online in India for Rs. 7,490.

Last week, we took a look at the Canvas Tab P480 and the Micromax Canvas Play shares some of those specs, but with a higher price tag. The handset sports a 5.5-inch FWVGA display with a quad-core MediaTek chip clocked at 1.3GHz, and you’ll get 1GB of RAM and the standard 8GB of storage space to work with.

We normally don’t compare tablets to smartphones, but the Canvas Tab P480 is actually a voice-calling 3G slate. Essentially, you’re getting a better deal with the Tab when it comes to specs as it has a better front-facing camera, a slightly larger battery, and a bigger display with better resolution. Considering the Micromax Canvas Play price is listed at Rs. 7,490 compared to the Rs. 6,999 price tag on the slate, the choice is clear if you can handle a display that’s around 1.5-inches larger.

What do you think about the pricing on the Micromax Canvas Play?