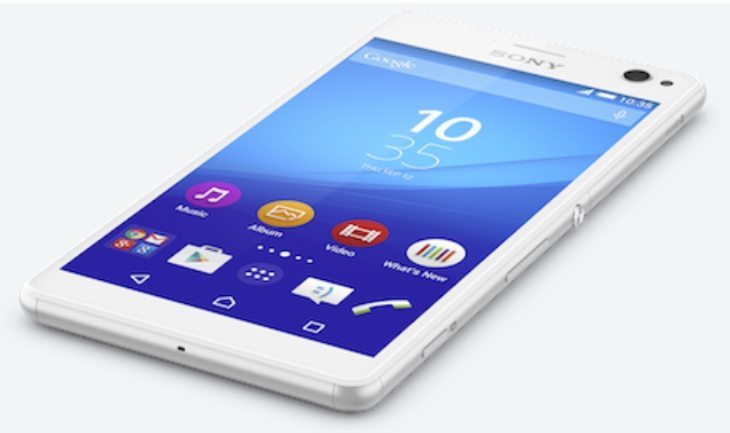 We’ve previously heard leaks and rumors about an upcoming Sony phone with the codename Cosmos that would be a successor to the Xperia C3. The Xperia C4 was the subject of leaked images but we had no idea of when it would become available. The wait is over though, as the Sony Xperia C4 has just been made official along with a dual SIM version.

We first saw some purported leaked images of the C4 in March, followed by another image in April and it looks like these were the real deal. Sony is dubbing the C4 as a ‘selfie smartphone’ and it will release to various regions in early June, so there’s not too much longer to wait. The Xperia C4 single SIM and dual SIM versions are both equipped with a 1.7GHz MediaTek MTK6572 64-bit octa-core processor, Mali 760 graphics, and a 5.5-inch IPS display with Full HD resolution of 1920 x 1080.

The phone has 2GB of RAM, 16GB of internal storage (expandable via microSD), and a 2600 mAh battery said to last for 8 hours of video playback and featuring Battery Stamina Mode 5.0. The camera set-up includes a 13-megapixel rear unit with LED flash, and a 5-megapixel front-facing snapper that also has LED flash and has a 25mm wide-angle lens.

It will be on offer in black, green, and white color options and has 4G LTE connectivity, but there’s no news just yet on pricing. If you scroll down the page you can view a Sony YouTube promo video of the Xperia C4 Dual for a closer look. What are your first impressions of the Sony Xperia C4? How much would you be willing to pay for this smartphone when it becomes available? Why not let us know with your comments.