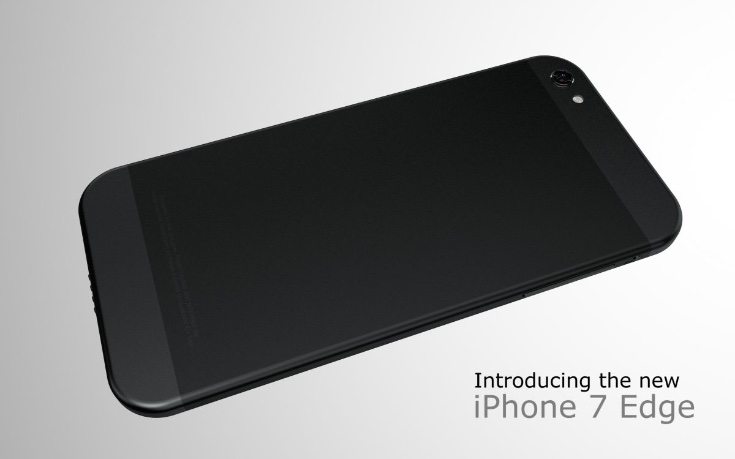 It’s always enjoyable to look ahead to what future devices could be like, and today we’re sharing a design that many readers might find interesting. Interestingly, this iPhone 7 Edge vision has a Samsung Galaxy feature from the Galaxy S6 Edge, as it has gently curved sides that can display notifications. We have some images to show as well as a video for a further look at this iPhone 7 Edge.

This idea for a new Apple iPhone comes from concept designer Hasan Kaymak, and many of you will have heard this name before. We’ve shown numerous creations from this designer, and you might like to check out some recent renders of the OnePlus Two and HTC Hima Ace. As you can see from the images today, this iPhone 7 design eliminates display bezels, and has curved edges like the Galaxy S6 Edge.

Other than the curved sides the design reflects some elements of the iPhone 6. However, the lines on the reverse of the casing have been removed thanks to a full aluminum chassis, the speaker has been moved, and it only measures 6mm thick, even slimmer than the iPhone 6 at 6.9mm. We’ve shown just a few of the images here, and you can see more on the designer’s Kickstarter page at the source below. Also head to the YouTube video of this iPhone 7 Edge design that we’ve positioned beneath this article that shows the phone from all angles. 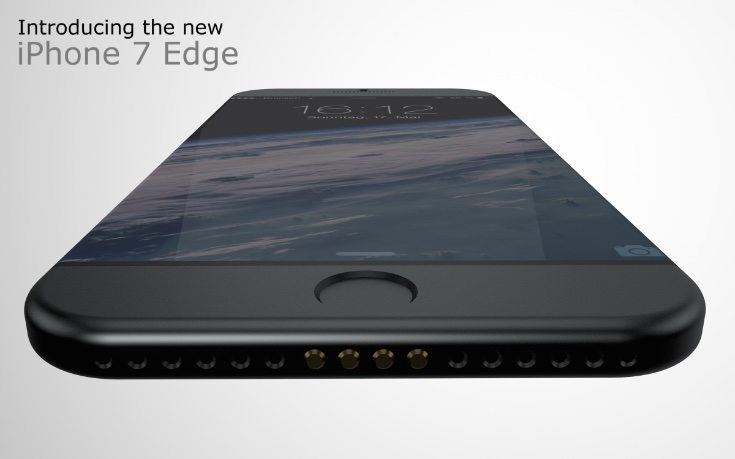 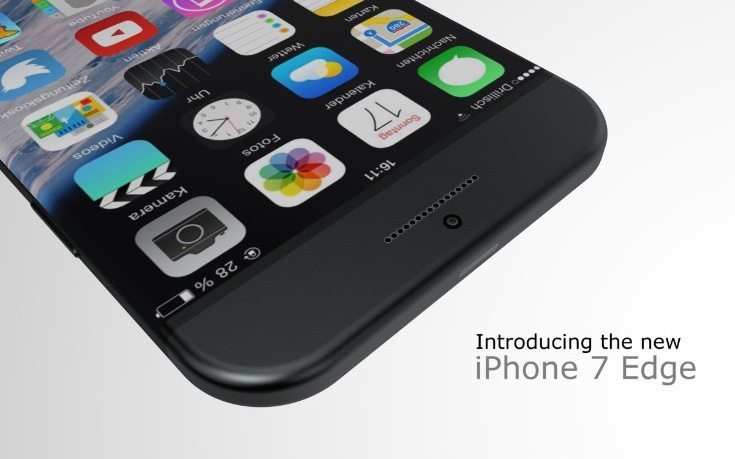 We have to say that it’s just as well that this is ‘only’ a concept idea. We imagine that Samsung would have something to say about the use of the curved glass edges on this design, even though the curvature seems less pronounced than on the S6 Edge. It would be interesting to hear what readers think of this latest design idea from Hasan Kaymak, so do send us your comments.

Would you like to see a real iPhone 7 Edge with this kind of look? Maybe you have your own ideas for how Apple could freshen up the design for the iPhone 7?

One thought on “iPhone 7 Edge vision has Samsung Galaxy feature”