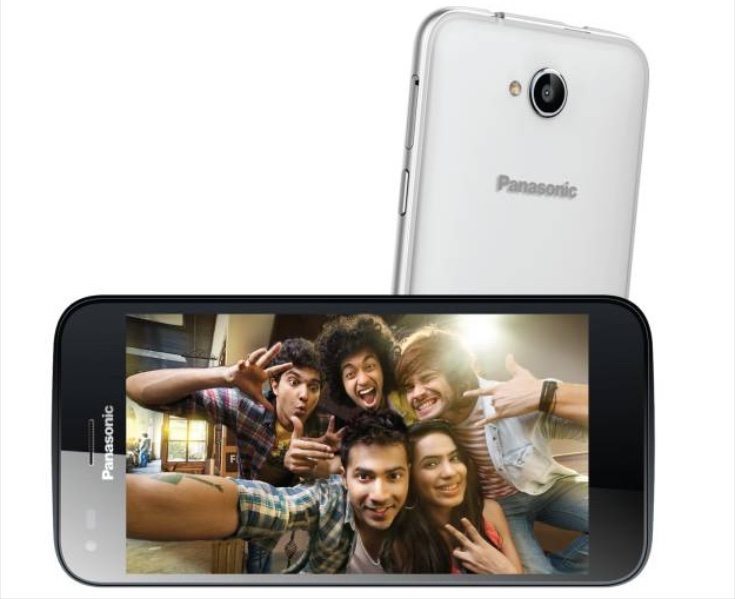 The Eluga S arrived towards the end of last year and has a 5-inch display. The Panasonic Eluga S Mini keeps many of the specs of its larger sibling but downsizes to a 4.7-inch IPS display with HD resolution of 1280 x 720. Full specs include a 1.4GHz true octa-core processor, 1GB of RAM, and 8GB of internal storage, expandable via microSD to 32GB.

The S Mini has an 8-megapixel rear camera with LED flash and 1080p video capture, a 5-megapixel front-facing snapper, 1980 mAh battery, and is a dual SIM handset. Connectivity is catered for with 3G HSPA+, WiFi 802.11 b/g/n, Bluetooth 4.0, and GPS. It runs the Android 4.4 KitKat operating system with FIT HOME UI.

Measurements of the Panasonic Eluga S Mini are 137.5mm x 68.4mm x 5.7-9.45mm and it weighs 135g. It also has FM radio with RDS and a 3.5mm audio jack. One of the features of this phone is BLINK PLAY, that enables users to take a selfie with the front-facing snapper simply by blinking for a three-second countdown.

This new arrival is in Shadow Grey or Frost White color options, and the Panasonic Eluga S Mini price is Rs. 8,990. At the launch Panasonic India’s Business Head of the Mobility Division Pankaj Rana said, “We worked on the consumer demand and came up with a Mini version of ELUGA S, however upgraded with an innovative Frost-effect design.”