OnePlus confirms 4GB of RAM for the OnePlus 2 release 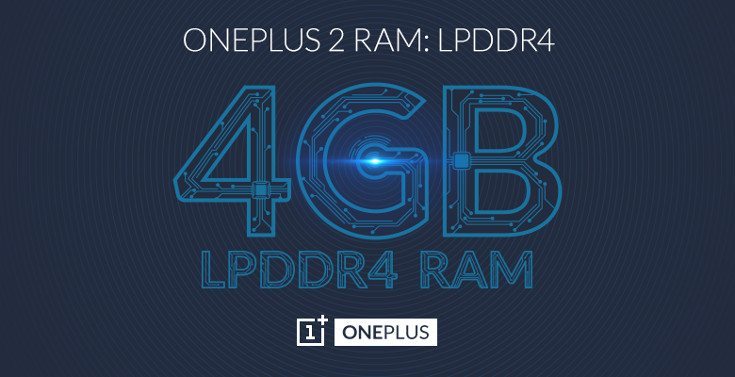 The OnePlus 2 hype train just keeps on rolling. Yesterday the company almost locked down a price for the upcoming handset, and today they’re back to let us know how much RAM to expect from their Flagship Killer.

The vast majority of flagships this year will ship out with 3GB of RAM, and it’s more than enough to get the job done for most of us. Last year 3GB was a big deal, this year not so much. OnePlus realizes that, and they’ve announced the OnePlus 2 release will arrive with 4GB of LPDDR4 RAM to go along with that v2 Snapdragon 810 chip.

If you’re wondering what that increase in RAM will mean to you, wonder no more. Loading times and multitasking will improve along with the battery life due to better efficiency. Everything should be a bit smoother than it was on the original OnePlus, but depending on your usage you may not notice a massive difference if you’re rocking a high-powered handset already.

Depending on how closely you’ve been keeping up with OnePlus and the rumor mill, today’s news probably comes as no surprise. A variant recently appeared with 4GB of RAM, and now it appears it’s going to be a flagship feature across the board. It’s also something we expected to hear soon as the company has already revealed details on most of the components people are curious about.

Is it something that’s going to make folks flock to the smartphone? Probably not, as they won’t be the only manufacturer to produce a device with 4GB of RAM this year. It is going to make that under $450 unlocked price tag a whole lot more attractive though, especially if you dig top-tier specs.

Are you sold on the OnePlus 2 release based on its specs or will your decision hinge on the design?