Samsung Galaxy Note 5 vs Note 4 upgrade reasons or not 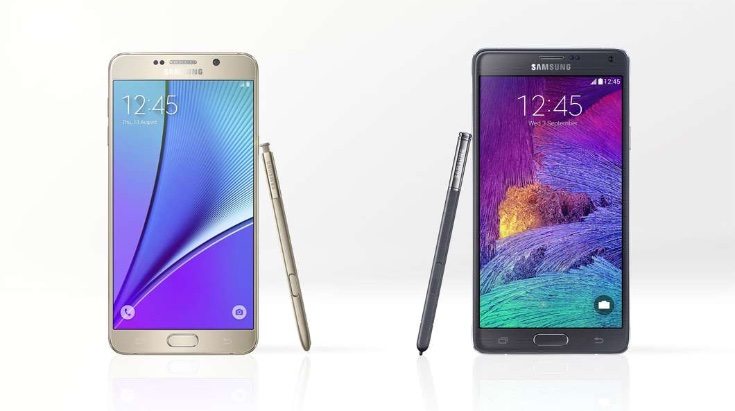 It’s fair to say that the Samsung Galaxy Note 5 has met with mixed reviews since it was recently made official. It will shortly be making its way into the hands of buyers and has some impressive specs and a sleek design, but lacks the microSD expansion and removable battery that so many Note fans like to have. If you are wondering whether it’s worth upgrading to we have a video to share of the Samsung Galaxy Note 5 vs Note 4 with upgrade reasons or not.

The Galaxy Note 5 was announced in the usual blaze of publicity, but we soon heard that the phablet would not be releasing for buyers in the UK and Europe any time soon. This has led to a petition being established in an attempt to make Samsung think again, although in truth this is unlikely to lead to a quick change of heart. Although many enthusiasts of the Note line are frustrated at the non-removable battery and missing microSD storage expansion, there will still be plenty of buyers of the new Galaxy Note.

For those who aren’t sure whether to purchase it or not, the YouTube video that we’ve positioned beneath this story of the Samsung Galaxy Note 5 vs Note 4 could be useful. It comes from TotalTechWar and details 15 different reasons why it’s worth upgrading to the Note 5. After a short introduction the reviewer first discusses 6 reasons why some might not want to upgrade from the Note 4 to the Note 5, with some reasons being more significant than others.

The next part of the video focuses on the reasons why you might want to upgrade to the Note 5. Just a few of the pointers discussed are the improved frame, new auto-ejectable S Pen, slimmer bezels, 4GB of RAM, other improved specs and more. You can see all of the various aspects noted when you watch the video below, at the end of which you should have a better idea of whether to splash your cash on the Galaxy Note 5.