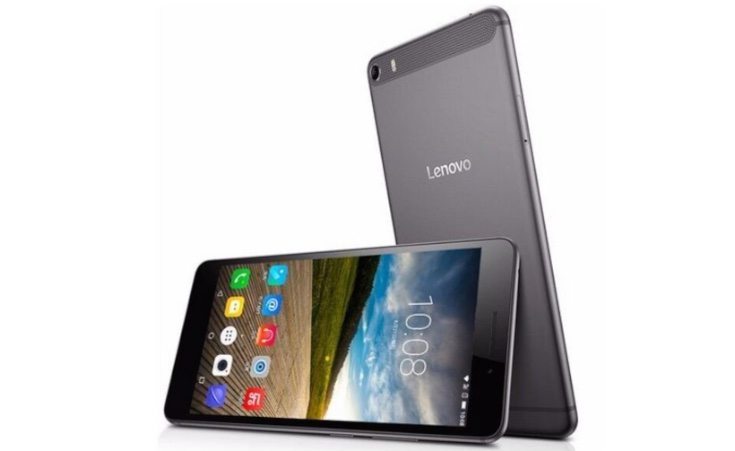 A few days ago we informed readers about the massive Lenovo Phab Plus phablet that had shown up on Lenovo’s website in China before it had been formally announced. It has a whopping 6.8-inch display making the term phablet seem like a stretch, as it’s more of a tablet size. Now the Lenovo Phab Plus official launch has given the price of the device.

Although the Lenovo Phab Plus has now launched in China there’s still no news on where else it might become available, though we’d be surprised if it doesn’t release in further markets soon. In China it will be on offer through China Mobile, China Telecom and China Unicom, and a price tag of CNY 2,599 has been given. That equates to around $405, Â£265, â‚¬360, or Rs. 27,000 at the time of writing, although as usual we’ll point out that pricing can vary according to market so these prices are merely indicators.

The Phab Plus comes in Midnight Blue, Metallic Grey, Neon Pink, or Elegant Silver color choices. It weighs in at 220g with measurements of 186.6mm x 96.6mm x 7.6mm. Cases for the smartphone/phablet/mini tablet will also be available but there’s no word on prices for these accessories yet. One of its natural competitors will be the Huawei Ascend P8 Max that has the same 6.8-inch display size.

Lenovo Phab Plus specifications are a 1.5GHz Snapdragon 615 64-bit octa-core processor, Adreno 405 graphics, and a 6.8-inch display with Full HD resolution of 1920 x 1080 giving 326 ppi. It has 2GB of RAM, 32GB of internal storage, a 13-megapixel rear camera featuring dual-LED flash, and a 5-megapixel front-facing snapper.

It’s a dual SIM device with connectivity that includes 4G LTE, 3G, WiFi, Bluetooth, GPS/A-GPS, and microUSB. The Phab Plus has a Dolby Atmos rear speaker and a 3500 mAh battery capable of offering up to 24 hours of talk time or 350 hours on standby. It runs Android 5.0 Lollipop with Lenovo’s Vibe UI.

Could you be tempted by the Lenovo Phab Plus if it releases in your region? What are your thoughts on the pricing of this sizeable phablet?