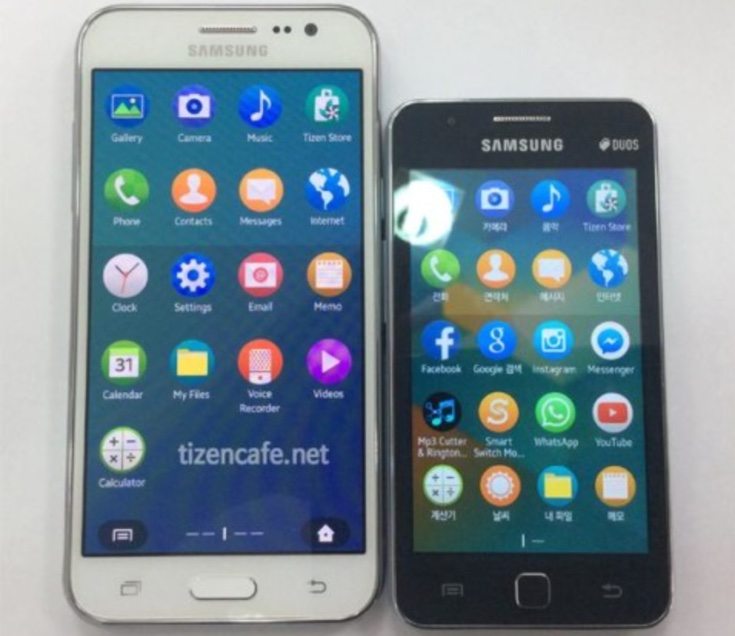 Samsung is still pushing the Tizen OS and many readers will have heard of the Samsung Z1, the company’s first Tizen-running smartphone. The budget phone released for emerging markets, and some time ago we learned that Samsung would skip a Z2 and move straight to the Z3. Now a Samsung Z3 image leak shows its go larger display when compared to the Z1.

The Samsung Z1 has a small 4-inch display size and back in July we reported on early rumored specs for the Z3. These included a screen size of 5-inches, notably larger than for the Z1. It’s thought this is a Super AMOLED display with HD resolution of 1280 x 720, a step up from the TFT display of the Z1 with resolution of 800 x 480.

Other unconfirmed specs for the dual SIM Samsung Z3 are also a significant improvement, including a 1.3GHz Spreadtrum quad-core processor, 1.5GB of RAM, and 8GB of internal memory. It’s said to have an 8-megapixel rear camera with autofocus and LED flash, a 5-megapixel front-facing snapper, and 2600 mAh battery, and it will run the latest Tizen 3.0 OS. Dimensions are rumored to be 141.5mm x 70mm x 9.5mm with a weight of 140g.

New photos of the Samsung Z3 have now turned up showing it alongside the Samsung Z1 and clearly showing the difference in display size and of course overall size. As devices with larger screens are becoming increasingly popular it looks as though Samsung is making a wise move in this respect. The company has already announced launch regions for the Z3 including India.

The Samsung Z3 has not been made official just yet and there’s still no news on a release date. Early rumors on the device tipped a Q3 launch but for now it’s a case of wait and see. Do you think Samsung is on to a winner with the Samsung Z3? If the price is right would you buy one?