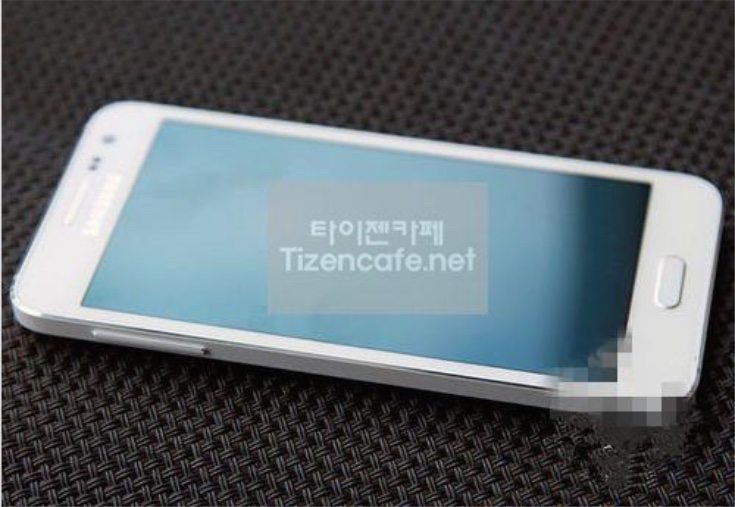 Some readers will have been following news about the upcoming Samsung Z3 Tizen-running smartphone. Leaked specs have already done the rounds and earlier this month we showed a leaked image of the device showing it to be notably larger than the Samsung Z1. Now there’s a new Samsung Z3 picture following news that production has started.

For unknown reasons Samsung decided to miss out on a Z2 and move directly to the Z3. A Q3 launch is anticipated although nothing has been made official yet. However, Samsung has previously given some information on launch regions such as India, Bangladesh and Nepal, and more recently there was news that the Z3 will also release in Europe.

Yesterday there were reports that production of the Samsung Z3 in India had started, and now a new leaked image has surfaced that you can see below. The Z3 has the same sized display as the Samsung Galaxy A5 and actually looks very similar in styling. However it will have some lesser specs than the A5.

Leaked specs for the Samsung Z3 include a 1.3GHz Spreadtrum SC88305 quad-core processor, a 5-inch Super AMOLED display with HD resolution of 1280 x 720, 1.5GB of RAM, and 8GB of internal storage. It’s also tipped to have an 8-megapixel rear camera, 5-megapixel front-facing shooter, and a 2600 mAh battery. It will be running the Tizen 3.0 operating system out of the box.

With the amount of current leaks on the phone we expect to hear something official about the Samsung Z3 before too much longer. Of course we’ll bring you further news as we hear it. Are you a prospective buyer of the Samsung Z3 Tizen smartphone? We always welcome your comments so do send them in.