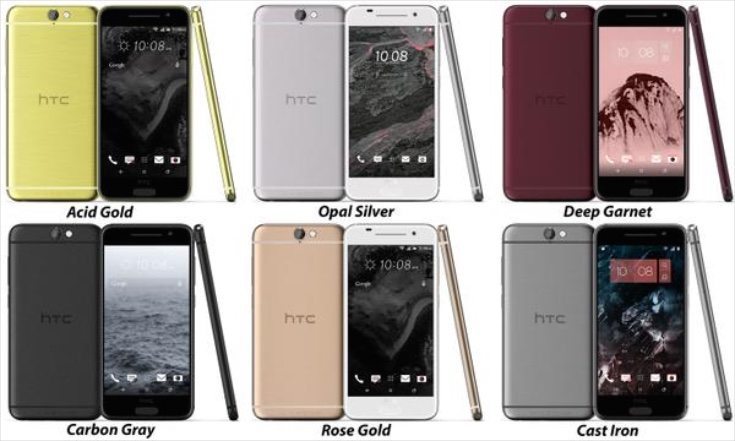 There has been plenty of interest in the upcoming HTC One A9, which could be unveiled at a September 29 event. The usual leaks and rumors have been plentiful, and now we have some claimed HTC One A9 press images that give us a look at the device in six different color choices.

We’ve been following developments of the HTC One A9 for some time now, since it was referred to as the HTC Aero or Hima. It’s fair to say that leaks usually give us a pretty firm idea of what to expect when a new device finally appears, but there have been many mixed reports on the One A9. At various times it has been thought to be a high-end flagship or a mid-range handset, and a recent leak showed lesser specs than many had first anticipated.

That leak (if accurate) definitely suggested a mid-sector phone, and the same usually reliable source also said that the HTC One A9 would be coming in six color options. Now the same leaker has come up with an image purported to be press renders of the smartphone, and it’s fair to say that it certainly bears some similarity to an iPhone. The image shows the handset in Deep Garnet, Acid Gold, Rose Gold, Carbon Gray, Cast Iron, and Opal Silver.

As a reminder, unofficial specs so far include a Qualcomm Snapdragon 617 processor, a 5-inch AMOLED Full HD display, 2GB of RAM, and 16GB of internal storage (expandable via microSD). It’s said to have a 13-megapixel rear camera featuring optical image stabilization, 4-megapixel UltraPixel front-facing camera, and 2150 mAh battery, and is likely to be running the Android Marshmallow operating system on release. A fingerprint sensor has also been tipped.

It’s worth adding that a recent price leak indicated a high price tag for the One A9, and this has stirred up further speculation that the mid-range specs leaks were wrong. Thankfully it’s not long now until September 29 when we hope to have full clarification on this new HTC smartphone. Are you waiting for the HTC One A9? If these leaked press images are the real deal, what do you think of its appearance? Let us know with your comments.